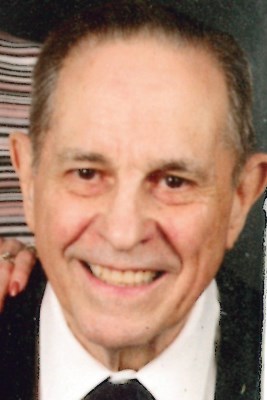 Born in Hershey, he was the son of the late Harry E. and Pauline C. Kaley. He was the husband of Nancy (Gaenzle) to whom he was wed for 63 years this past May.

He graduated from McCaskey High School in 1945. He then served in the U.S. Navy from which he received an honorable discharge. He attended Millersville University, Penn State University and graduated from Franklin & Marshall College in 1951.

During his career as a licensed mechanical engineer, he was employed by DeWalt, Armstrong World Industries and he retired from AMP, Inc. in 1990.

In his younger years, Bob was active in Sea Scouts, Jaycees and was awarded Senatorship # 6406, served in the E. Hempfield Township Planning Committee, taught first aid for Red Cross, helped start up the E. Hempfield Township Ambulance Association, and was involved in the building of 30 childrens’ play grounds. He enjoyed dancing, fishing, hunting, origami and remodeling.

He was predeceased by his brother, Harry “Bing” and his sister-in-law, Helen “Bunny.”

As per his wishes there will be no formal services. Interment will be at the family’s convenience at Laurel Hill Cemetery, Columbia, PA.

Offer Condolence for the family of Robert C. Kaley