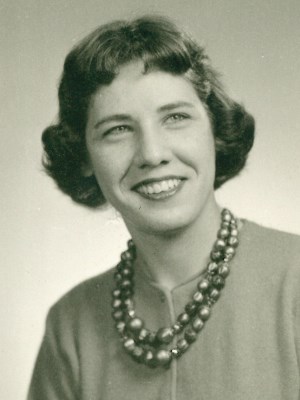 Rita Louise (Stoner) Burgess, 83 of Lancaster Pa., passed away on May 19, 2016 at Hamilton Arms of Lancaster. She was the daughter of the late Dr. Russel P. Stoner, M.D. and Louise M. Garlin Stoner. Rita earned a bachelor’s degree in elementary education from Elizabethtown College. She retired from the Hempfield School District after servicing many years as a first grade teacher and reading instructor. After her retirement she served an additional 13 years working for the Department of Corrections of Lancaster County as a corrections officer.

Rita had a passion for genealogy, history and antiques. She was a member of the Lebanon County Historical Society and the Donegal Chapter of the Daughters of the American Revolution (DAR). Rita is survived by a son Ray L. Burgess of State College, two brothers Stephen P. Stoner (wife Brenda) of Syracuse N.Y., and Michael G. Stoner (wife  Sue Ann) of Heuvelton N.Y., as well as several nieces and nephews. She was preceded in death by her husband Ray L. Burgess and a brother Russel D. Stoner. The family would like to express a sincere thank you to all who cared for Rita, especially Hospice & Community Care and the nursing staff at Hamilton Arms of Lancaster.

Friends and relatives are respectfully invited to a graveside service on Wednesday May 25, 2016 at 11 a.m. at Henry Eberle Cemetery 280 Lumber St. Mount Joy Pa.

Offer Condolence for the family of Rita L. (Stoner) Burgess