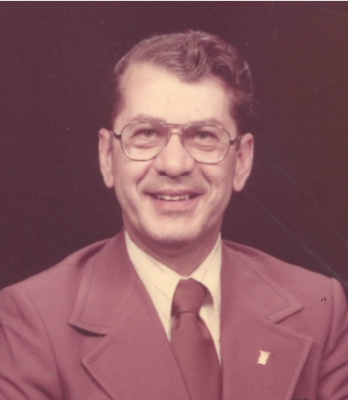 Richard S.”Dick” Rhen, 94, of Lancaster, passed away on Sunday, August 30, 2020 at the Lancaster General Hospital. He was the son of the late Richard and Laura Rhen and was the husband of the late Helen “Betty” Rhen for 57 years prior to her death in 2008.

He is survived by a daughter, Linda and her husband James H. Rowland, Jr., Esq. of Harrisburg, PA, brother-in-law Dr. Wm. K. Grosh of Lititz, PA, nephew, Tom Grosh and wife Jill, and sons Austin Grosh and wife Megan and James Grosh and wife Dr. Ellen Grosh and daughters Katie and Laura of Ann Arbor, MI, son-in-law, Conley C. Bowers, Jr. and wife Betty of Ft. Worth, TX, and son Richard and wife Lynne of CA. Dick was preceded in death by a sister, Joyce Grosh in 2013.

Richard graduated from J. P. McCaskey High School Class of 1944. He served in the U.S. Army 1944-1946 and served in Italy for a number of months. He was discharged in 1946 as a Staff Sergeant. He received the Good Conduct Medal, Army Occupation Medal (Italy), WWII Victory Ribbon, American Theater Ribbon, and European, African, Middle Eastern Theater Ribbons

He enjoyed going to Williamsburg, VA and Stone Harbor, NJ. He enjoyed fishing, music, and watching sports on TV. He was an amateur baseball pitcher and softball player. The year (1942) Lancaster had a team in the PA State Playoffs received an award from the State of PA as most outstanding based on sportsmanship, ability, and fair play. He was also a member of the 617th Field Artillery Battalion in Camp Hood, TX in 1945 which won the camp championship.

Dick loved his rescue dachshund, Georgie, which he got from TN, who lived to be 15 years old.

Due to the restrictions from COVID-19, services will be private at the convenience of the family. In lieu of flowers, memorial contributions may be made to Coast to Coast Dachshund Rescue, P.O. Box 147 Jacobus, PA 17407 in memory of my Georgie and in honor of Sharon Schemel of York, PA.

Offer Condolence for the family of Richard S.”Dick” Rhen