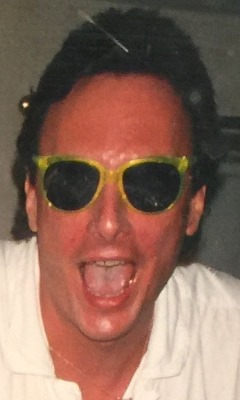 Richard was a graduate of Lampeter Strasburg High School and the Culinary Institute of America in New York.   He was the Executive Chef of The Inn At Leola Village.  He enjoyed philosophy, sports and was a big fan of Michael Jordan and Bruce Springsteen.  Surviving are two sons, Ian M. husband of Michelle Sayres, and Cory M. Sayres both of Lancaster; a daughter, Samantha Gayle Witmer Farbo wife of Zed Farbo of Lancaster; and two grandchildren, Jack and Wyatt Sayres.

A Graveside Service will be held on Saturday, October 31, 2015 at 11:00 A.M. at the Willow Street Mennonite Cemetery, 399 E. Penn Grant Road, Willow Street, PA.  In lieu of flowers, contributions in his memory may be made to Water Street Ministries, 210 S Prince St, Lancaster, PA 17603

Offer Condolence for the family of Richard M. Sayres