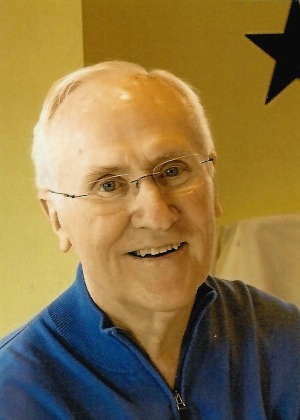 Richard (Dick) Stewart, 86, a resident of the Willow Valley Retirement Community in Willow Street, PA, passed away peacefully, surrounded by his loving family, on Thursday, August 9th, 2018. He was the precious husband of Marjorie (Marge) Stewart for 61 years.

Dick was born and raised in Beloit, Wisconsin and he served two years in the U.S. Navy. In 1958 he graduated from the University of Wisconsin at Madison with a degree in Mechanical Engineering. His 34 year career with E.I. DuPont de Nemours in Operations included management positions of increasing responsibility in West Virginia, Louisiana, Texas, North Carolina, Tennessee, and New Jersey. Throughout his career, Dick was noted for his ability to listen to and motivate people. He was described by his co-workers as “the kind of guy you can trust”.

Prior to moving to the Willow Valley Retirement Community in 2009, Dick was an active member of Aldersgate United Methodist Church in Wilmington, DE. Dick greatly enjoyed golf, tennis, and bowling; and he was a lifelong fan of the Wisconsin Badgers, the Green Bay Packers, the Philadelphia Eagles, and his beloved Phillies.

Dick is survived by his wife Marge, his sons Mike, Jeff, and Steve, and their wives; his nine grandchildren; and his two great-grandchildren, with one more on the way!

A Memorial Service and Inurnment will be held at Aldersgate United Methodist Church, 2313 Concord Pike, Wilmington, DE 19803 on Saturday, October 13th at 11:00AM. In lieu of flowers, a contribution may be made in his memory to a charity of your choice. To leave an online condolence, you are invited to visit DeBordSnyder.com.

Offer Condolence for the family of Richard D. Stewart