You are here: Home / Obituaries / Richard A. Nolan 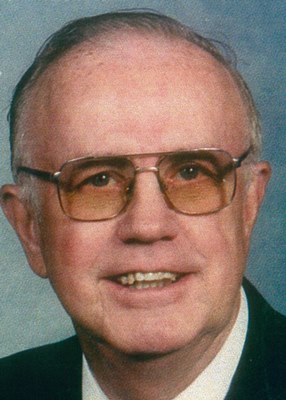 Richard A. Nolan, of Lancaster, passed away surrounded by his family on Sunday, March 27, 2016 at Brethren Village Retirement Community.

Born in Staten Island, NY in 1925, he was the son of the late Addison Reith and Miriam Lake Nolan.  Richard served with the 4th Marine Division as a radio operator during WWII.  During the war he made beachhead landings on Roi-Namur, Saipan, Tinian Islands, and Iwo Jima.  He received the Purple Heart for wounds on Tinian Island and was awarded the Presidential Unit citation. When the hostilities ended he finished high school and studied Mechanical Engineering at Stevens Institute of Technology in Hoboken, NJ.  He married Dorothy in 1951 and they moved to Lancaster, where he went to work for RCA Corporation as a shop engineer.  During his 35 years he was granted 4 patents and was instrumental in developing color television as we know it today.  He retired in 1986 as Manager of RCA’s Color Tube Development Shop.

Richard and Dorothy are charter members of Highland Presbyterian Church where he was a past trustee. He was a president of the University Club of Lancaster, past president of Manheim Township Lions Club, past cub master of the BSA pack and was also a member of Lamberton Lodge # 476 F. & A.M.  and Zembo Temple. He was the president of the Lancaster County Youth Amateur Hockey League and was instrumental in bringing ice hockey to the Lancaster area.

Richard was known for helping out neighbors and family with home projects.  His hobbies included silk screening, golf and reading.  Each year he would design and produce Christmas tree ornaments, each with a different theme of International Gift Givers.

Offer Condolence for the family of Richard A. Nolan