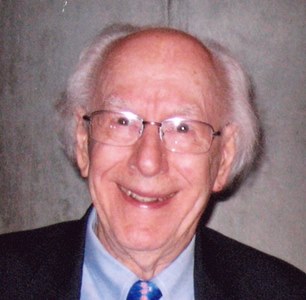 Rev. Thomas J. McInnes, Chaplain (Col), US Army Retired, accepted his final assignment to be present with his Lord Jesus Christ on Dec 16th, surrounded by his loving family.

Rev. McInnes leaves a legacy of lifelong Christian service. Countless people have been touched by his preaching and outreach. He considered himself to be a missionary to the military serving in both war zones and peacetime. His warmth, generosity, and vision will be sorely missed.

Tom, son of the late Thomas Wiley McInnes and Ruth Jackson McInnes, was born Sept 12, 1927 in Westfield NJ; raised in Sebring FL; high-schooled in Williamsville NY; attended the University of Rochester NY, and graduated from Houghton College NY with a BS in Chemistry in 1953, after periods of USAF enlisted service. He then graduated from Eastern Baptist Theological Seminary in 1957 and was ordained as an American Baptist clergyman and reserve Army Chaplain.
After six years of ministry, he was recalled to active duty in 1963 until his retirement in October 1978, serving two combat tours in Vietnam at Qui Nhon (1963) and Cu Chi (1967), three and a half years in Germany, and at eleven other Army posts, camps and stations. After retirement from the Army, he served three years as a troop counselor at Aberdeen Proving Grounds MD, eight years as pastor of First Baptist Church, Lancaster, then three years as Chaplain at Country Meadows of Lancaster. Tom enjoyed hunting, fishing, RVing, camping, traveling, and crossword puzzles. He did additional post-graduate studies, receiving an M.Div. from Eastern and an M.S. from Long Island University. He was a graduate of the Army’s Command and General Staff College.

Tom was an active volunteer in various areas at Willow Valley Communities where he and Ruth have resided since March 1999, as well as being involved in ministry activities at Lancaster’s First Baptist Church. He was also a life member of the Military Officers’ Organization and a founding member of the Susquehanna chapter of the Military Chaplains’ Association.

After a private graveside service, a memorial service will be held on Saturday, January 6, 2018 in the Orr Auditorium of Willow Valley Manor, 211 Willow Valley Square, Lancaster PA 17602, at 2:00 p.m. The family will greet friends in the Orr Auditorium from 1:00 p.m. until the time of service.
In lieu of flowers, please consider contributions to the Water Street Mission, 210 S. Prince St, Lancaster PA 17603 in memory of Rev. Thomas J. McInnes.

Offer Condolence for the family of Rev. Thomas J. McInnes