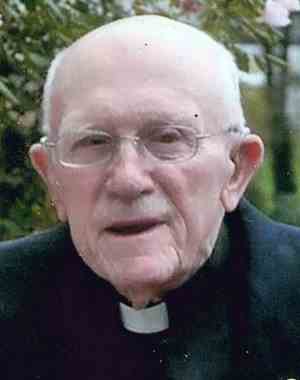 He was married 64 years to Janet Lois Myers Strube.  Born October 10, 1927 in Lansdowne, MD, he was the son of the late John L. and Marie Weber Strube.

Pastor Strube graduated from Catonsville High School in 1944, received his A.B. from Gettysburg College in 1948, his Master of Divinity from the Lutheran Theological Seminary at Gettysburg in 1951 and was ordained a Lutheran Pastor.

Janet and John moved to Ft. Benning, GA, in the summer of 1951, where John began his service as an Army Chaplain.  During his time at Ft. Benning, he was Chaplain of the 30th Infantry Regiment which, soon after his assignment, was ordered by President Truman to the first major combat command in the United States to be racially integrated.  John was ordered to Korea in 1952 where he served as a chaplain in the 17th Infantry Regiment, 7th Infantry Division.  He received a Battlefield Promotion to Captain in 1952.  In the spring of 1953 after a year of service in combat, Chaplain Strube was ordered back to the United States to serve out his active duty requirements at Fort Knox, KY.  John continued to remain in the U.S. Army reserves for 31 years.