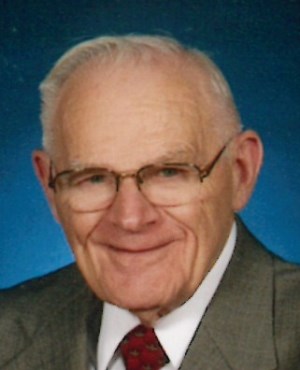 The Rev. John “Jack” H. Houdeshel, 92, of Willow Valley Retirement Community entered the Church Triumphant Saturday, November 21, 2015.  Born in Baltimore, he was the son of the late Chauncey and Naomi (Resh) Houdeshel. He was a graduate of Hyattsville (MD) High School, and Maryville (TN) College and went on to Princeton Seminary where he earned his Master of Divinity and Master of Theology degrees. He was ordained as a Minister of Word and Sacrament in the Presbyterian Church, USA on November 25, 1949.

He was active in the work of the Presbyteries to which he belonged over the years including being Stated Clerk of the Baltimore Presbytery and serving in several committee positions. He particularly was interested in those preparing for the ministry and mentored numerous young people. Additionally he felt it was important to volunteer in the community and served as chaplain for numerous organizations and as a reader for the York Society of the Blind.

He was gifted with musical ability and shared that from early church choir participation through the Maryville College Choir, Princeton Seminary Choir, choirs in the churches he served to recently singing with the Manor Choir at Willow Valley.  Additionally he delighted in playing hymns on the piano daily in the Manor lobby after breakfast.

A celebration of Jack’s life will be held at First Presbyterian Church, 140 E. Orange St. Lancaster, PA on Sunday, November 29, 2015 at 4:00 p.m.  A time of visitation will be held from 3:00 p.m. until the time of service. Interment will be in the Lost Creek Presbyterian Church Cemetery in McAlisterville, PA at the convenience of the family.

Offer Condolence for the family of Rev. Jack H. Houdeshel