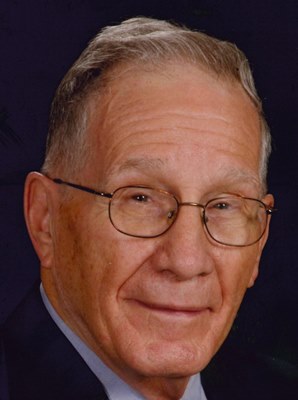 Born in Lancaster, he was the son of the late Walter and Mary Anderson. Bill and Leona considered their family to be a true blessing and treasure.

Bill was a graduate of J.P. McCaskey High School, Franklin & Marshall College and Lancaster Theological Seminary.  He began his ministry at Salem UCC in Columbia, PA, followed by Mt. Zion UCC in York, PA where he served for 20 years.  His final ministry was administrator/chaplain at the Homewood Retirement Community in Hanover, PA.

He enjoyed music and sports, especially the Phillies.  He sang in the choirs of Lancaster Theological Seminary and First Reformed UCC in Lancaster.

In lieu of flowers, contributions in Bill’s memory may be sent to First Reformed UCC at 40 E. Orange St., Lancaster, PA  17602.

Offer Condolence for the family of Rev. J. William Anderson