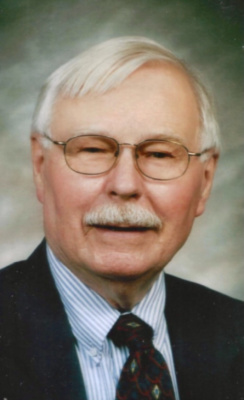 For the Rev. Dr. Martin Kessler, resident of Lancaster, PA, February 26, 2021 was his great moving day. He joyfully entered into eternal life at age 94 after a full, blessed life. Born in Beetgum, Friesland in The Netherlands on January 5, 1927, he endured the Nazi occupation during his teen years. Drafted into the Dutch Army and trained for service in Indonesia, Queen Wilhelmina miraculously granted him discharge so he could leave for America with his widowed mother and younger brother. In March 1948 they joined sponsoring relatives in Hawthorne, NJ. Already fluent in English, he adjusted rapidly in America. He was proud of his new country, embraced all its experiences and opportunities, and applied for citizenship.

In 1950 he was drafted into the U.S. Army where he served stateside as Corporal during the Korean War. He attended Providence Bible Institute (later Barrington College, now Gordon College) where he studied Bible and met his sweetheart, Joan, of Weymouth, MA. They married after graduation in 1956. He continued studies at Union Theological Seminary, New Brunswick Seminary, Brandeis University and Gettysburg Theological Seminary, ultimately earning an M.A., Ph.D. and a Th.M.

Dr. Kessler was ordained in the Dutch Reformed Church, served as Pastor in a bilingual Dutch Reformed immigrant congregation in Toronto, Canada, then in the Reformed Church in America in Schoharie, Lawyersville and Sharon, NY. Later he had the great pleasure of being Pastor of Trinity Lutheran Church in Danville, PA for 11 years. Upon retirement, he served part-time or supply preached in various congregations, most notably Canby Lutheran Church in Bloomsburg, PA; he felt sad to leave them when he relocated to Lancaster to be closer to family.

In his academic career which he pursued alongside his pastoral calling, Dr. Kessler enjoyed teaching at Waynesburg College, Clarkson College, State University of New York at Albany, Susquehanna University, St. Anthony-on-Hudson Seminary and Siena College. Primarily an Old Testament scholar with special focus on Jeremiah and the Prophets, he also lectured in The Netherlands, Iceland and Sweden, and spent a month as American delegate-lecturer at the Centennial Celebration of the University of South Africa. He had many published articles and several books to his credit. He was an active member of the Catholic Biblical Association for 50 years and an honorary and perpetual member of the Societas Hebraica Amstelodamensis in Amsterdam.

He was given the Father Jankola Award for Lifetime Ecumenical Achievement from the Sisters of Saints Cyril and Methodius, Danville, PA, and twice received the Thomas Paine Award for Citizen Journalism from the Central Susquehanna Chapter of the ACLU. In his last several decades of life, he remained active translating Dutch and German scholarly works into English. In addition to his pastoral and scholarly pursuits, Dr. Kessler enjoyed world languages, reading continually, and growing food for his family (and to share) in their family garden.

A future memorial service will be held at Zion Evangelical Lutheran Church in East Petersburg. In lieu of flowers or gifts, donations may be made to Global Health Ministries (glm.org), Zion E.L.C., or Gordon College.

Offer Condolence for the family of Rev. Dr. Martin Kessler