You are here: Home / Obituaries / Rev. Dr. Glenn A. Creveling 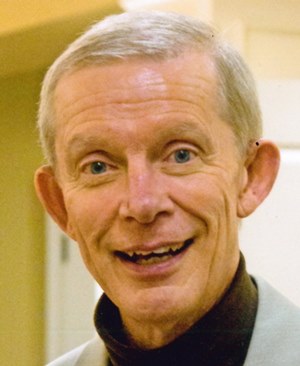 Born in Shamokin, PA, Glenn was the son of the late Alan and Grace (Fisher) Creveling.

He is survived by his loving wife, Darlene to whom he had been married 49 years.  He is also survived by his two daughters: Noel, wife of Nick Gasorek of Bear, DE and Holly, wife of Heath Hardin of Lancaster; five grandchildren: Michael, Alexander, Asher, Jesse and Coralie, and his sister, Barbara, wife of Albert Owens of Woodbury, NJ.

Glenn graduated from Nyack (New York) College with a Bachelor of Music degree. He continued his studies at Grand Rapids Baptist Seminary, receiving his Masters of Divinity degree.

He also received his Doctorate of Ministries degree from the former Eastern Baptist Theological Seminary.

His most recent position was Chaplain at Willow Valley Communities, Manor Campus.  He preached his last Vespers service on Sunday, March 13th and fully intended to return after his surgery. Well known for his exuberant personality and energy, contagious sense of humor and his love of preaching God’s word, he will be greatly missed by the residents and staff of Willow Valley Communities.

Glenn served formerly as chaplain for West Lampeter Police Department and was a former member of the board of directors for the former LAVORP, Lancaster County.

His love for music was shared with many through his trumpet, which he often played at Grace Community Church where he was an active member.  He also enjoyed his garden, all Philadelphia sports teams, and anything related to the outdoors.  He looked forward to new challenges life brought his way, and his favorite dessert was a Root Beer Float.  The most precious things in his life were, undoubtedly, his Lord and his family.

Relatives and friends are respectfully invited to attend a Memorial Service in Grace Community Church, 212 Peach Bottom Rd., Willow Street, PA, 17584 on Saturday, April 16, 2016 at 2:30 p.m. with the Rev. Mike Sigman officiating.  The family will greet friends immediately following the memorial service.  Private interment will take place at the convenience of the family.

Please omit flowers.  If desired, memorial contributions in Glenn’s memory may be sent to Grace Community Church of Willow Street at the address listed above.

Offer Condolence for the family of Rev. Dr. Glenn A. Creveling