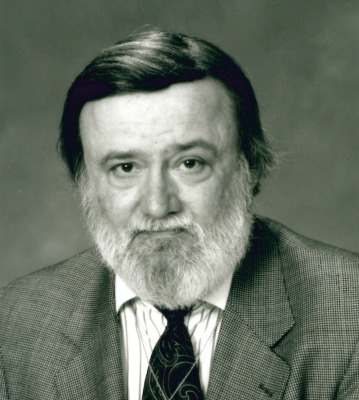 A graduate of Rochester Institute of Technology in 1959, Randy joined Armstrong World Industries in November 1963 as a rotogravure photographer in the Product Styling and Design department.

In the early 1980’s, electronic imaging technology was emerging and Randy developed and implemented computer graphic applications for Armstrong design processes.  In 1992, he took his expertise to Research & Development where he became a principal scientist in the Pioneering Group as part of a team that was exploring new electronic imaging technologies.  He retired from Armstrong on December 31, 1996 after 33 years of service as Manager of Strategic Imaging and Printing.

He was widely recognized as an expert in gravure printing and electronic imaging.  He was the founder and director of the Scitex Graphic Arts Users Group and was involved in several groups that are known today as the Gravure Association of America.

In retirement, he partnered with his wife, Arlene Stewart and ran a successful graphic arts business for 18 years.  He was a lover of the arts, animals, a history buff, model airplane creator and an avid gourmet chef.  He was very involved in the local Lancaster Community.  He was one of the founders of LEADS (Lancaster Economic Action for Downtown Success) and served as Vice President and Treasurer.  He was part of the Old Town Neighborhood Association and the Lancaster Community Safety Coalition.

Randy will be lovingly remembered by his spouse of 47 years, Arlene J G Stewart of Lancaster, his two sons, Charles R. Stewart of San Francisco, CA, Jason E. Stewart of  Wales, UK, his daughter, Alexis A. Stewart of Norristown, PA and his three grandchildren, Isa, Jayne and Adam Stewart.

A celebration of his life will be held at the Montgomery House in the Marriott Lancaster, 15 S. Queen St., Lancaster PA 17603 on Tuesday, May 22, 2018 at 4:00 PM.  There will be a private graveside service for the family in Totowa, NJ in July.  In lieu of flowers, contributions in honor of Randy may be made to LEADS; lancasterleads.org or the Demuth Foundation, 120 East King Street, Lancaster PA 17602 to the attention of Anne Lampe, or the website at www.demuth.org.