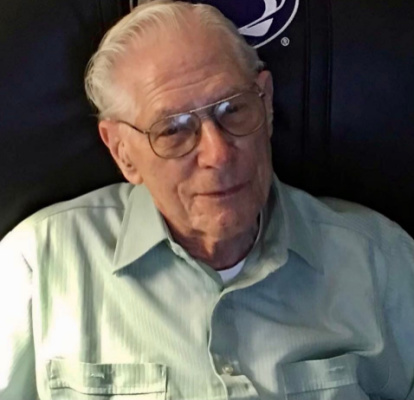 Ralph K. Hoover, 91, of Lancaster, passed away on December 28, 2021 at Lancaster General Hospital.  He was the loving husband of the late Elizabeth (Hartstein) Hoover who preceded him in death in 2017.

Born in Lancaster, PA, he was the son of the late Ralph W. and Catherine (Kreider) Hoover.

He proudly served in the US Army during the Korean War, earning 3 bronze stars during his service.

Ralph was a tool and die maker with Slaymaker Lock until the company closed in 1985 leading to his employment at Bond Company in Manheim.

In his spare time, he enjoyed hunting, fishing, tending to his rose garden and in his younger years umpiring for baseball and playing ice hockey for the Junior Bears.

He was a proud member of the Millersville VFW Post 7294 and was Commander in 1996.

Ralph is survived by his two children, Eric Hoover and Anne Ford (wife of James); grandchildren, Katie, Eric and Nicholas Hoover and Sarah Ford and step grandchildren, Stevie Carlucci  and Christoper Ford.  In addition to his spouse and parents, he was predeceased by a son, Greg Hoover and by a sister, Polly Ann Myers.

A Funeral Service will be held on Friday, December 31, 2021 at 12:00 P.M. at the DeBord Snyder Funeral Home & Crematory, 141 E. Orange St, Lancaster, PA 17602. A viewing will be held from 11:00 AM until the time of the service.  Interment will follow in the Mellinger Mennonite Cemetery.  In lieu of flowers, contributions in his memory may be made to:  American Diabetes Association, P.O. Box 15829, Arlington, VA 22215.  To leave an online condolence for the family, please visit: www.DeBordSnyder.com

Offer Condolence for the family of Ralph K. Hoover