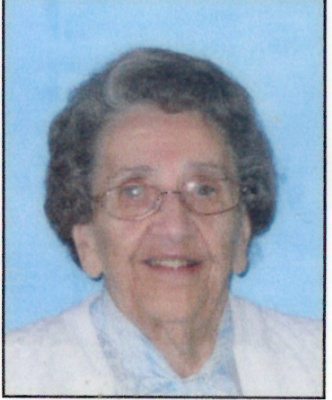 She was born in Lancaster County on January 8, 1926, the daughter of the late B. Lehman Kraybill and Bertha (Stauffer) Kraybill. She married Luke A. Brubaker of Juniata County on October 12, 1949, in Mt. Joy. They were married 57 years until Luke’s death in 2007.

She was preceded in death by her husband and two brothers, Arthur Kraybill and Daniel Kraybill.

At age seven Rachel accepted Jesus Christ as her Savior and joined the Mennonite church.

She graduated from Lancaster Mennonite School in 1944, and later completed nurses training at Lancaster General Hospital, becoming a registered nurse in 1949.

For many years she was a member of Neffsville Mennonite Church, where she taught Sunday School and Vacation Bible School, was involved in women’s ministries, and helped in the church nursery. Her love for serving people was evident as she hosted many guests in her home and wrote to far-away friends. While living at Landis Homes she knitted prayer shawls for those who were recently bereaved and participated in a prayer ministry for prisoners.

Rachel also enjoyed helping others at Landis Homes as a nurse and later through the Life Enrichment program. She was honored in 2015 for 50 years of service, which made her at that time the longest-serving employee of Landis Homes.

Friends are invited to her memorial service, which will be held on January 8, 2022, at 2:00pm at Neffsville Mennonite Church, 2371 Lititz Pike, Lancaster.

Offer Condolence for the family of Rachel S. Brubaker