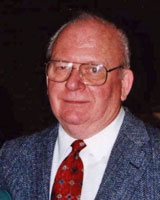 Philip K. Baum, 78, of Lancaster, passed away Friday, October 21, 2011 at Fairmount Homes, Ephrata.  Born in Syracuse, NY, he was the son of the late Philip L. Baum and Maude E. Wood Baum.  He was married to Elaine M. Austin.

Philip was a graduate of the University of Albany-SUNY and served in the U. S. Army during the Korean War.  In his earlier years, he worked as a teacher and later worked as a salesman.  He was a member of St. Thomas Episcopal Church in Lancaster.  He was a Silver Life Master Bridge player, and played in many groups in the Lancaster area.

A memorial service will be held from St. Thomas Episcopal Church 301 St. Thomas Rd. Lancaster, PA on Saturday, October 29th at 11 AM.  The family will visit with friends from 10:30 to 11 AM at the church on Saturday.  Kindly omit flowers.  Contributions may be sent to the Fairmount Homes Sharing Fund 333 Wheat Ridge Dr. Ephrata, PA 17522.

Offer Condolence for the family of Philip K. Baum