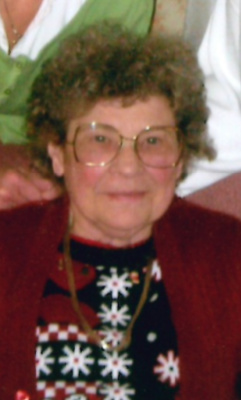 Born in Lancaster, she was the daughter of the late Robert Fredrick and the late Ethel Pearl (Trout) Benedick (Totten).

Peggy graduated from J.P. McCaskey High School in 1944, and then went to work at RCA Corporation and Hamilton Watch. She also helped with a carpet business called Custom Carpet, then later helped with Village Weavers where she completed sales of oriental rugs which her husband founded. Peggy eventually went into business for herself opening Village Miniatures, which has been in business for over 30 years.

Known as Peggy “The Dollhouse Woman,” she enjoyed gardening, sewing, reading and growing her business. She was a proud member of CTMTA Miniatures and was also a proud survivor of breast cancer.

Relatives and friends are respectfully invited to attend a Graveside service at Millersville Mennonite Cemetery, 435 Manor Ave, Millersville, PA 17551 on April 23, 2022 at 11 a.m.

DeBord Snyder Funeral Home & Crematory 2024 Marietta Ave, Lancaster, PA is in charge of the arrangements. Condolences may be made at www.DeBordSnyder.com

Offer Condolence for the family of Peggy L. Smith