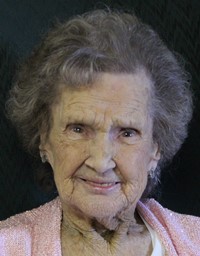 Pearl Virginia Wanner, 90, of Lancaster, passed on Monday, November 23, 2015, at the Golden LivingCenter – Lancaster; where she was a brief resident.

Pearl touched so many lives with her gentle manner and amazing sense of humor. She enjoyed country music, playing cards, cross-word puzzles, and most of all spending time with family and friends. On April 18th she celebrated her 90th Birthday, and during her party she was warmly smothered with affection by all. She will be missed!

Born April 18, 1925, in Millersville, she was youngest daughter of the late Clayton G. and Mabel L. (Strimel) Sheaffer. She was the loving wife of the late Clarence C. “Charlie” Wanner. They were married on September 20, 1952, in Bel Air, Harford County, MD and shared 25 years of marriage until his death on July 1st, 1978.

A good-hearted, caring, and understanding mother of four, Pearl is survived by two sons: Dennis L. of Chambersburg, PA, and Gary C. Wanner of Lancaster. Also surviving are 14 grandchildren, 16 great-grandchildren, and 11 great-great grandchildren. She was preceded in death by a daughter Terry A. Kritser, and a son Robert E. Sheaffer. The last of her immediate family she was preceded in death by four siblings; Miller L. Sheaffer, Helen L. Ruth, Dorothy P. Chant, and Clayton W. Sheaffer.

Relatives and friends are respectfully invited to attend a Graveside Viewing and Burial at the Weaverland Mennonite Cemetery, “Old Mennonite Order,” 210 Weaverland Valley Rd., East Earl, PA, 17519 on Saturday, November 28, 2015 at 10:00 AM. In lieu of flowers, contributions towards Pearl’s funeral expenses may be made to DeBord Snyder Funeral Home & Crematory, Inc., 141 E. Orange Street, Lancaster, PA 17602, or by phone (717) 394-4097.

Offer Condolence for the family of Pearl Virginia Wanner