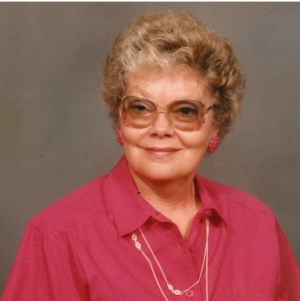 She was married to Raymond E. Wolf, her high school sweetheart she met one day after soccer practice, for more than 60 years.

Born in Lancaster, Paula was the daughter of the late Virginia E. and Grover C. Snyder Jr.

She lived most of her life in Lancaster city, graduating from J.P. McCaskey High School in 1954, where she was a cheerleader and a member of the drama club and the National Honor Society.

Paula worked in the lab at Armstrong World Industries from 1954-1957 and 1959 -1962.  In the late 1950s she was employed in the lab at American Tobacco Co. in Richmond, Virginia, while her husband was stationed there with the Army.

After staying home to raise her daughter, she went back into the workforce, taking a part-time job in the business office at Franklin & Marshall College.

Paula was a lifetime member of St. John’s Episcopal Church in Lancaster, serving on the flower guild and volunteering with the community breakfast ministry.  She was a past member of the vestry and altar guild.

Her love of horticulture also led her to become a Master Gardener, through Penn State Extension, for 10 years.  She enjoyed gardening and entertaining at her family’s river cottage in Wrightsville.

She looked forward to doing the New York Times Sunday crossword puzzle every week, which she usually completed in a few hours.

She was an excellent cook.  One of her specialties was pumpkin pie made with fresh pumpkin.

In addition, she took several trips to England, including one with her husband for their 50th wedding anniversary. Paula enjoyed the beach, too, spending summer vacations in Sea Isle City and Ocean City, New Jersey, and most recently on Maryland’s Eastern Shore.

And she was a longtime fan of the F&M men’s basketball program, traveling with her family to watch the team play in the NCAA Division III Final Four.

She was most proud of her daughter and the success she achieved despite living with a chronic disability.

In addition to her husband, she is survived by her daughter, Paula Y. Wolf, Lancaster Township; a sister, V. Joanne, wife of Richard R. Conlin, Manheim Township; a brother, J. Robert, husband of Helen Snyder, Louisville, Kentucky, and numerous nieces, nephews and cousins.

Paula was preceded in death by a sister, Zoe S. Rohrer, and a brother, Grover C. “Hap” Snyder III.

Relatives and friends are respectfully invited to attend a Memorial Service at St. John’s Episcopal Church of Lancaster, 321 W. Chestnut St., Lancaster, PA 17603, on Tuesday, May 10, 2016 at 11:00 AM with The Rev. John W. Morris officiating.  A visitation will be held on Tuesday from 10:00 AM until the time of the service.  Interment will be private at the convenience of the family.   In lieu of flowers, contributions may be made to St. John’s Episcopal Church at the address shown above or to Homestead Village’s Benevolent Fund, 1800 Village Cir, Lancaster, PA 17603.  To leave an online condolence please visit:  www.DeBordSnyder.com

Offer Condolence for the family of Paula Snyder Wolf