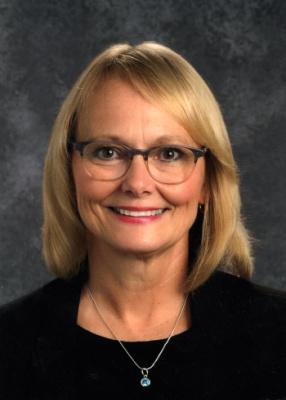 Dr. Paula M. Wilson, 60, of Manor Township passed away peacefully on Tues. Jan 19, after a brief illness. Daughter of Paul M. and E. Frances Jones, 1979 graduate of Hershey High School and 1983 graduate of Kutztown University, Paula’s life was devoted to education in all forms. She went on to earn her Master’s Degree from Millersville University and a Doctorate of Education from Widener University.

For fourteen years she was Principal of Hamilton Elementary School in the School District of Lancaster. She made it a point to know the name of every single student, believed in, and saw the potential and ability in each one. While at Hamilton, she developed a 30-raised bed garden which is now in its twelfth year of existence. She loved to provide children with new and authentic opportunities to learn. She became involved in the Edible Schoolyard Program, combining her love of education and passion for nature.

After retiring in 2017, she became an avid gardener, graduating from Penn State’s Master Gardener Program. It brought her immense joy to cultivate and bring beauty into this world.

As a supportive wife and mother, she encouraged every passion of her three children and took great pride in her husband’s successful career as an artist. A constant supporter of the arts, she could frequently be found at her husband, Steve’s shows at Red Raven Art Company in downtown Lancaster, Pa.  She spent so much time encouraging the music careers of her sons Matthew and David. Matthew is currently a pianist and vocalist on Bourbon St. in New Orleans, La. David has released four albums and has had great success as a guitarist and vocalist. She was also very proud that David recently started his own business, Steel String Painting. Her daughter Abby is following in her footsteps and pursuing higher education through a Masters Degree in Social Work.

In 2018 she was ecstatic to become a grandmother to Apollo James Ryan Wilson. She spent each day with him fostering a relationship that encouraged a childlike wonder of the world around him.

At the outset of her illness, she immediately sprung into action to create a yearly scholarship in her name, going to a graduating senior from the School District of Lancaster.

As an eternal bright light and always the most vibrant person in the room, she asks that everyone sees the beauty in each day.

She is survived by her husband, Steve Wilson, and her children Matthew, his wife Shannon, David, his wife Anne, Abby, her son Apollo, as well as her mother Frances and sisters, Melanie and Karen.

In lieu of flowers, donations can be made to the “Dr. Paula M. Wilson Scholarship for Future Educators” at the Lancaster Education Foundation, 445 N. Reservoir St. Lancaster, PA 17602 or at www.lancastereducation.com.

Offer Condolence for the family of Paula M. Wilson