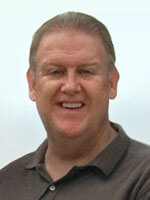 Paul T. Schleyer, 62, formerly of Millersville, passed away on Monday, April 10, 2017, at Country Meadows Retirement Community in Lancaster, PA. He was born in Philadelphia, PA, to Marjorie and Francis Schleyer, both now deceased.

A graduate of Lincoln High School in Philadelphia, Paul attended Millersville University, where he earned a Bachelor of Education degree in 1976. He went on to earn a Master of Education degree at Millersville, and was honored by induction into the Millersville Chapter of Phi Delta Kappa in 1980. Paul had a long and distinguished career in the field of Special Education at the School District of Lancaster. He first taught children with special needs at Washington Elementary, then later at J.P. McCaskey High School, until he became an administrator in Special Education. He went on to earn additional certifications in his field, and at the time of his retirement in 2009, he held the position of Director of Pupil Services. Paul was greatly respected by coworkers and colleagues and was known state-wide for expertise in his field. Throughout his career, he remained devoted to his mission of helping students with special needs to achieve their full potential.

Paul was a member of the First Presbyterian Church in Lancaster, PA. He was also an active member of the Millersville University Alumni Association. He was a generous donor to a long list of charities.

Paul dearly loved his family and always looked forward to holiday visits with them. He gave loving support to his mother in her later years, sharing a special bond of friendship with her. He took great pride in his six nephews, and truly enjoyed watching them grow from children into accomplished young men. He was a devoted and loyal friend to many and, for 30 years, was the loving and supportive partner of B. David Wagner. He also loved social activities with his good friends, and maintained a bond with fellow members of his college fraternity, Sigma Tau Gamma. Paul loved the ocean and enjoyed spending time at Rehoboth Beach with good friends. He was a creative cook and devoted bargain-hunter. He will be long remembered for his jovial manner, his optimistic spirit and his youthful sense of humor.

In addition to his partner, Paul is survived by siblings Diane (Dave) Berkowitz, John (Joyce) Schleyer, and William “Bill” (Mary) Schleyer. He is also survived by his six nephews and many extended family members.

Paul’s family and Mr. Wagner wish to acknowledge the Personal Care Assistants, nurses and managers at Country Meadows for the exceptional care and loving attention they gave to Paul over his three-year stay there. It is genuinely appreciated.

A memorial service for Paul will be held on Saturday, May 6, 2017 at 2:00 P.M. at the First Presbyterian Church, 140 E. Orange St., Lancaster, PA with the Rev. Dr. Donald W. Hackett officiating. The family will greet friends following the service. In lieu of flowers, the family suggests that donations may be made in Paul’s memory to the Association for Frontotemporal Degeneration (AFTD), or the Millersville University Alumni Association. Addresses for these can be found on the internet.

Offer Condolence for the family of Paul T. Schleyer