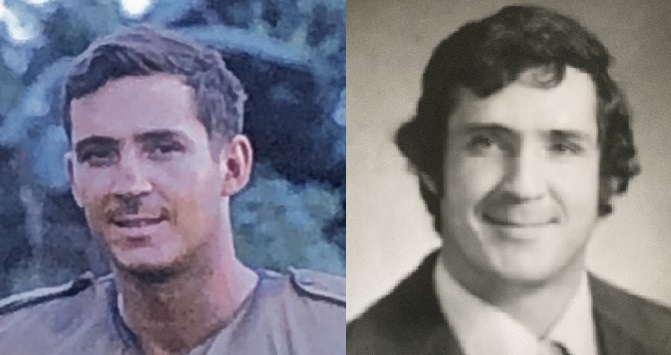 Paul Roebuck Grosh MD, 83, passed away peacefully, surrounded by loved ones, at Magnolias of Lancaster on October 5 after a nearly decade long battle with Alzheimer’s disease. He and his devoted wife, Carol Ann (Picketts) Grosh, had recently reached their 56th wedding anniversary.

Paul was born on December 27, 1937 at Lancaster General Hospital to Dr. and Mrs. Joseph W. and Mabelle (Stultz) Grosh of Lititz, PA. Paul’s father ran his medical practice on the first floor of their home on the town square in downtown Lititz. With this front row seat, Paul became fascinated with medicine at a very young age, an interest that grew when a close family member was treated for a rare blood disorder.

He grew up in Lititz with his older brother, Joseph W. Grosh Jr., and younger brother, William B. Grosh. Paul enjoyed summers at Camp Sunapee in New Hampshire and family trips to the New Jersey shore. In 1956, he was a member of the final class to graduate from Lititz High School before the opening of Warwick High later that year. During those high school years, Paul excelled on the football field and the track. He was also a frequent patron of Rosie’s food cart in downtown Lititz, where his ability to eat multiple hot dogs took on somewhat of a legendary status.

Paul followed in his father’s and older brother Joe’s footsteps by enrolling at Franklin and Marshall College in Lancaster, PA, where he was a member of the Chi Phi fraternity. He graduated in 1960 with a major in pre-med. Later that year he enrolled at Hahnemann Medical College in Philadelphia, PA. To save money, Paul briefly lived at the local YMCA, which he would later describe to family and friends simply as “spartan.”

After graduating from Hahnemann in 1964, Paul began an internship at Lancaster General Hospital, where he would meet a certain nurse named Carol Ann Picketts from Lewistown, PA.  On their first date while cutting her food, Carol Ann accidentally launched her steak into Paul’s lap. Fortunately, Paul was already smitten with her and several dates followed.  However, in 1965 fate soon intervened when Paul was drafted into the military.

He joined the Army that year and began training at Fort Sam Houston in San Antonio, TX, followed by a one-year medical position at the Pentagon in Arlington, VA. Carol Ann joined him in Arlington and they were married on September 11, 1965 at the Fort Myer Old Post Chapel, located in the Arlington National Cemetery. During the summer of 1966, Paul was reassigned to the 11th Armored Cavalry (Blackhorse) Regiment which was preparing to deploy to Vietnam.  During the early part of that summer, Paul and Carol Ann moved into a small efficiency hotel room near Fort Meade in Laurel, MD.

In August, after a tearful goodbye with Carol Ann, Paul flew to San Francisco, CA to board a troop ship bound for Vietnam. After a brief detour to Subic Bay in the Philippines because of a monsoon, the ship arrived in Vietnam in the early part of September. Paul was a part of the Headquarters Company, serving in the rank of Captain as the Medical Platoon Leader. Despite the relentless heat and humidity, Paul assisted with the construction of the living quarters and medical facilities for both the staging area and for what would eventually become the regiment’s base camp, and he insisted to his superior officers that everything medically related was carried out up to his standards.

During his time in Vietnam, Paul spent much of his time in the field on numerous operations with his fellow troops in a dangerous area known as the Iron Triangle. He was often transported into remote areas via helicopter, jeep, or armored personnel carrier to provide medical assistance to troops and Vietnamese civilians. Paul and Carol Ann spent most of what free time they had writing letters and recording tapes for each other.  Carol Ann would send him care packages with lemonade mix, Lebanon bologna, and other treats from home that he shared with his appreciative fellow troops. Paul would track down bargains for Carol Ann from the PX. Whenever Paul was practicing his shooting at base camp, it became a recurring joke for his fellow troops to issue warnings to low flying aircraft because “Doc is on the firing range!”

A respite came in January, 1967, when Paul got a week’s leave to meet Carol Ann in Hawaii, where they celebrated their long-delayed honeymoon on Waikiki beach. When he returned to Vietnam, time spent in the base camp was rare as Paul was often out with his fellow troops on various operations in the Iron Triangle. He was subsequently awarded the Combat Medic Badge, an honor his father earned during the Battle of the Bulge in World War II. In May of 1967, Paul returned home from Vietnam for good. Carol Ann picked him up at the Philadelphia Airport and they were excited to move on with their lives together.

Paul was eager to resume his civilian medical practice and in 1968 he and Carol Ann moved to Rochester, MN where Paul began a four-year residency in hematology and oncology at the Mayo Clinic. In 1972 they moved back to Lancaster, PA, and eventually moved into their house on Ridge Road in Lancaster Township.  Around the same time, Paul joined the staffs at Lancaster General Hospital and Saint Joseph’s Hospital, and he also founded Hematology and Oncology Associates of Lancaster with Dr. John Grosh and Dr. Robert Gottlieb. The practice is still in existence today.   Paul retired from full time work in 2000, but briefly served as the Physician for the Pennsylvania Legislature in Harrisburg, PA. Throughout his career Paul was actively involved with the American Medical Association and served on the board of the American Cancer Society Lancaster Unit.

Paul grew up attending the Lititz Moravian Congregation with his parents and brothers. During his adult years, Paul became a member and volunteered there often as an usher.

He immensely enjoyed traveling with Carol Ann and his family. His favorite destinations included the New Jersey shore, Virginia Beach, Williamsburg, Key West, Walt Disney World, Vermont, Boston, Chicago, Washington DC, Philadelphia, wine country in Napa, and New York City. He loved his trips with Carol Ann and family to Alaska, France and the Caribbean. When they became empty nesters, Paul and Carol Ann took several month-long car trips to the West Coast and back, often with only loose itineraries.

An avid runner and skier in his spare time, Paul was fastidious about his physical fitness. Although he generally avoided junk food, he had a weakness for hot dogs, soft pretzels, and potato chips (he would always pick the folded-over chips out of the bag because they were his favorite). He loved to draw his own versions of Snoopy and Andy Capp from the comics section of the newspaper. He played the guitar and was picky about his music, but Neil Young and Dave Brubeck were two of his favorites. Paul also loved watching late afternoon beach thunderstorms from a safe distance on an ocean-view hotel room balcony.

In addition to his beloved wife Carol Ann, Paul is survived by his four children (Paul Gnazzo (Lucy) of Camp Hill, PA, Karen Gnazzo (Wade) of New Cumberland, PA, David Grosh of Red Lion, PA, and Matthew Grosh of Lancaster, PA), eight grandchildren, one great grandchild, numerous nieces and nephews, and his brothers Joe (Patricia) and Bill. He was predeceased by his parents, his sister-in-law Janet E. (Messner) Grosh, wife of his brother Bill, and his niece Regina Grosh.

Paul’s family members are deeply thankful to the staff at Magnolias of Lancaster for taking such great care of Paul and making him feel a part of their family. Additionally, the family would like to thank Grane Hospice Care for making Paul’s last months as comfortable as possible.

Paul’s immediate family will be holding a private memorial service. In lieu of flowers, please consider a donation to the Alzheimer’s Association (alz.org) and/or the 11th Armored Cavalry Scholarship Fund

Offer Condolence for the family of Paul Roebuck Grosh