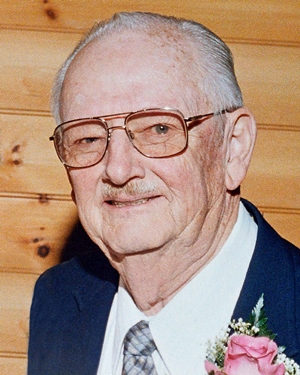 Born in Easton, PA, he was the son of the late Harley F. and Effie Randolph Andrews.  He was married to Velma E. Brubaker Andrews.  His first wife, Lois I. Evans Andrews died in November, 1999.

Paul was an agent for Prudential Insurance, retiring in 1976.  From 1976-1989 he was employed at Witmer’s IGA in Strasburg.  Since 1988 he had worked as an auctioneer with Miller and Siegrist Auctioneers.

A long time member of Boehm’s United Methodist Church, he was also an active member of Sell Chapel of Masonic Village.

He was an active Square Dance caller for 51 years, starting in 1959.  He taught many local residents to Square Dance, and was a caller for several clubs in the area and surrounding states.  Recently he had shared his talent with Health Care residents by calling wheel chair square dancing once a month and was honored by receiving the Recreational Volunteer of the Year Award.  He was also a 50 year member of the Lone Time Hunting Camp.

Paul was a member of Lamberton Lodge # 476 Lancaster Lodge of Perfection and Harrisburg Consistory, 32nd Degree.  He had also enjoyed serving as a volunteer for Hospice of Lancaster County and Masonic Village.

In addition to his wife, Velma, Paul is survived by his devoted daughter, Diane L. Hartman of Adamstown, PA, and his step-children, Mary Ann, wife of Barry Gosling; David, husband of Linda Brubaker; J. Neal, husband of Beverly Brubaker and Janelle, wife of Michael Cullin; 7 grandchildren and 14 great-grandchildren; 4 nieces and 2 nephews.

Relatives and friends are respectfully invited to attend a Memorial Service in the Sell Chapel of Masonic Village, 1 Masonic Drive, Elizabethtown, PA on, Monday, April 18, 2016 at 11:00 A.M.  Friends may call at the Sell Chapel from 10:00 A.M. until the time of the service. Inurnment will be in the Columbarium in Sell Chapel.  In lieu of flowers, contributions in Mr. Andrews’ memory may be made to Hospice and Community Care, 685 Good Drive, P.O. Box 4125, Lancaster, PA  17604-4125.

Offer Condolence for the family of Paul R. Andrews