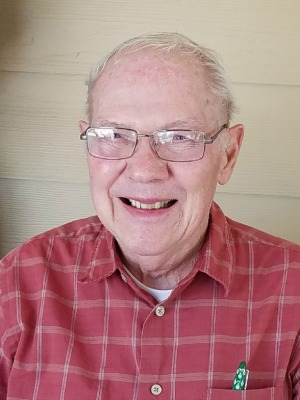 Born in Lewistown, PA, he was the son of the late Marlin and Ada Moist Smith. As a young boy, he enjoyed playing the B flat clarinet and graduated from Bloomsburg High School.
He met his wife Jean Conrad through friends and they were married 62 years before she passed away in 2012.

Paul was drafted into the U.S. Army in 1952 and was the company clerk in Kobe, Japan until his honorable discharge in 1954. He received the Korean Service medal and the National Defense Service medal.

Known for his quick wit, jokes, and interesting tidbits of information, Paul was loved by everyone he met. He had an upbeat attitude about everything. Always thoughtful, never forgetting to send a birthday card or visit someone in the hospital. He brightened the day of everyone he met.

Paul was a kind, sweet man who loved his Lord. He read his Bible faithfully and attended Bible study at Emmanuel Lutheran Church. He volunteered at American Cancer Society, St. Anne’s Retirement Community, and also at Emmanuel serving the Community Meals and was a member of the finance committee. Another passion was volunteering at Mennonite Home Communities. A dedicated volunteer, Paul logged 1,328 hours as a wheelchair transporter where he enjoyed the residents and many programs.

Earlier in his life, Paul was a Cub Master at EUB Church and also a Boy Scout Committee chairman. At Emmanuel, he co-chaired the Pine Street club for kids and was a lector.

He is survived by his son; Timothy and daughter in law Betty Ann (BA); grandsons Matthew and wife Adrian, and Jeffrey and wife Lauren; four great-grandchildren, Joshua, Lilly, River, and Ace. Paul loved to share stories of his great-grandchildren who brought him immeasurable joy. Also surviving is a sister in law; Kathryn Thomas, and nieces; Pat, Anne, and Pam; and a nephew, Jeff.

Relatives and friends are respectfully invited to attend a funeral service at Woodcrest Villa Eagle Commons, 2001 Harrisburg Pike Lancaster, PA on Saturday, October 28, 2017 at 10:00 AM with Rev. Kurt S. Strause officiating. Friends may call at the DeBord Snyder Funeral Home, 141 E. Orange St. Lancaster, PA on Friday, October 27, 2017 from 6:00- 8:00 PM and on Saturday at Woodcrest Villa Eagle Commons from 9:00 AM until the time of service. Interment in Conestoga Memorial Park.

Offer Condolence for the family of Paul K. Smith