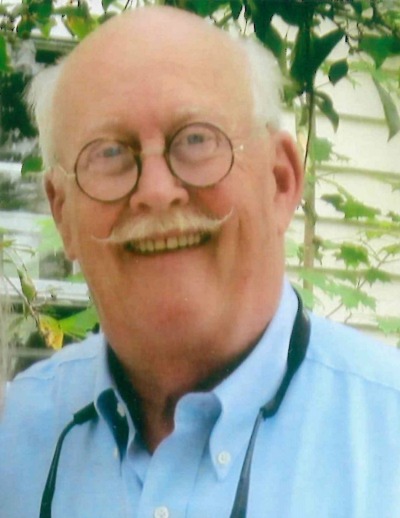 Paul Gschwend III, MD of Lancaster, PA died of cancer on Sunday, October 22, 2017 at the age of 72. He was born in Reading, PA to the late Paul Gschwend II and Jane Treat Gschwend.

A 1962 graduate of Lancaster Country Day School, Paul earned his AB degree from Hiram College in Ohio. He received his medical degree from the University of Pennsylvania and completed his internship and residency at the Graduate Hospital of the University of Pennsylvania. His training was interrupted when he was drafted during the Vietnam War to serve as a medical officer in the United States Navy in Indian Head, Maryland.

After completing his surgical training, he returned to Lancaster to practice general surgery for 22 years. For part of that time, he served as Chief of Surgery and also as Medical Staff President at what was then St. Joseph Hospital. He also served for a time as President of the Lancaster City and County Medical Society. Paul was proud to help establish the Edward Hand Medical Heritage Foundation that preserves the rich history of medicine in this community.

After having a stroke in 1999, Paul retired prematurely from his career as a surgeon. Following a lengthy recovery, he found satisfaction sharing his time and talents with the community he had served and loved. He cherished Lancaster’s people, its history, arts, museums, and music. He served in a number of capacities at Lancaster Country Day School, the school that had kindled his love of learning from a young age. He was an active member of St. Edward’s Episcopal Church where his faith was nourished. He joined Columbia Fish and Game Association, a group that offered him friendship and a place to pursue his enjoyment of shooting trap.

Paul will be remembered by those who knew him as a devoted family man and a healer in many roles. He enjoyed classic movies and loved to cook. He was always very content in the woods by a stream, fly rod in hand, fishing for trout. He had a tremendous memory and could tell a good story. He could make us laugh- even to the end.

Paul is survived by his wife of 48 years, Dorothy (Dottie) Moore Gschwend; his daughter Jennifer G. McGough, VMD wife of Paul J. McGough, VMD of West Chester, PA; his grandsons, with whom he loved spending time, Charlie McGough and Jed, Jamie, and Van Miller. A great sadness in his life was the death of his daughter Kate Gschwend Miller at age 39, due to cancer.

Offer Condolence for the family of Paul Gschwend III, MD