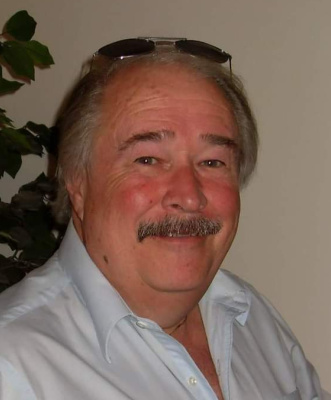 Paul C. Moschette, 73, of Gettysburg, Pa passed away on January 25, 2022 following an extended illness. He was surrounded in his last days by family and friends who shared their favorite stories and memories, which brought him great comfort, joy, and peace in his final moments.

Paul was born on January 17, 1949 in Long Island, NY to Randolph & Margaret (McDermott) Moschette. Throughout his life, he was an avid storyteller and enthusiastic musician, sharing his passions in life with all whom he encountered. Wherever he roamed, his guitar accompanied him, which came in handy when the chance to perform struck. Paul played in bands and as a solo act up and down the east coast in New York, New Jersey, Florida, and Lancaster and Philadelphia, PA. His repertoire covered classics spanning the decades, but his favorite songs to play for an audience were those specifically requested. He spent a significant time living and performing in Lancaster, PA, and Wildwood and Long Beach Island, New Jersey, where he garnered a loyal fanbase while performing regularly on the Black Whale Party Boat in LBI.  His original song “Sunshine on My Mind” was a Jersey shore favorite for years!

With music as one pillar in his life, his faith was another. Paul was a member of Prince of Peace Episcopal Church in Gettysburg PA.  He loved his Prince of Peace family and found spiritual encouragement as part of that congregation.

Although not able to be an active participant for several years, Paul was a proud Mason and embodied the Masonic beliefs. Between being a musician and a Mason, he was never without a story to tell or message to spread.  Paul was also a dedicated teller of terrible jokes … there was not a bad joke that he didn’t love to share.  Repeatedly.

As well, Paul will be fondly remembered as a devoted history buff, with particular focus on the Civil War and the Battle of Gettysburg. Throughout the last two decades, he lived in the place that held great meaning and gave him the chance to continue exploring a history he was so interested in – Gettysburg, PA. It was not uncommon to find Paul in “The Triangle” (town square) offering little known facts of the town’s history to passersby and playing his guitar.  He was a proud member of Gettysburg Historical Trust, the Thaddeus Stevens Society, and other history-preserving organizations.

Paul is survived by his brother, Marc Moschette; his son, Scott Moschette; his daughter, Erica Moschette Staherski and her husband, Tony Staherski; grandsons Quincy, Emmett, and Dax Staherski; and many extended family members and friends all over the country.

Friends and family are respectfully invited to a Memorial Service to be held at First United Methodist Church, 29 E. Walnut St, Lancaster PA 17602 on Saturday, February 5, 2022. Visitation begins at 10AM, with the service to follow at 11AM. Masks are required for those in attendance.  Service will be livestreamed at:https://youtu.be/DtXPUZ3-5pI

In lieu of flowers, please make contributions in Paul’s memory to the Adams County Historical Society, P.O. Box 4325, Gettysburg PA 17325. Or please consider planting a tree in his memory.  Paul was very passionate about preserving the land.  A tree would make him happy.

Offer Condolence for the family of Paul C. Moschette