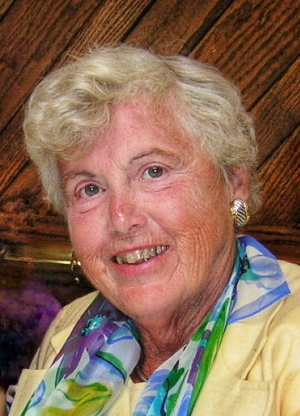 Patricia Hand Todd, 88, of Lancaster, passed away unexpectedly on December 19, 2020.  She was a resident of the Glen section of Willow Valley Communities and was predeceased by her husband, William B. Todd, Jr. in June of 2020.  She was born in the Roxborough section of Philadelphia, PA, and was the daughter of the late Alexander Norman Hand and Myra (Wartman) Hand.

After graduating from Roxborough High School in 1949, she attended Virginia Intermont College in Bristol, Virginia where she received a Secretarial Science diploma in 1951.   Following graduation, she worked for the Joseph Cook of Joseph Cook and Associates in Philadelphia. Pat met her future husband, Bill, at Vacation Valley in the Pocono Mountains and they were married in Roxborough in 1955.

Along with her husband Bill, Pat was an active member of Berwyn United Methodist Church in Berwyn, PA, and then Trinity United Methodist Church in McLean, Virginia. Together they attended Grace Community Church following their move from McLean, Virginia to Willow Valley in 2009. Pat was quite active in many church activities at Trinity, teaching Sunday school, participating in Bible studies, visiting shut-ins, helping the poor of Appalachia, and participating in projects with the Crafty Creators, a church-based craft group. Pat was also a member of the Freedom Hill chapter of the Daughters of the American Revolution.

Pat was most happy when hosting friends and family at her McLean home or her beach cottage in Ocean City, New Jersey.  A guest, invited or not, could never leave her home without a warm reception and the offer of a meal.  She was extremely close with many of her high school sorority sisters and these deep friendships continued throughout her life.  She enjoyed traveling with her husband and together they visited many states as well as Europe and the Middle East.  She was a most devoted grandmother enjoying time with her grandchildren whenever given the opportunity.  The grandchildren frequently joined her for many weeks each summer at her Ocean City cottage.

A joint Memorial Service for Pat and her husband Bill will be held on January 2, 2021 at 1 pm at Grace Community Church in Willow Street, PA. The service will be livestreamed on YouTube as attendance is limited to immediate family members.  In lieu of flowers, contributions in her memory may be made either to the Water Street Mission, 210 South Prince Street, Lancaster, PA 17603 or to the June Hartranft Memorial Primary School for Girls (Sierra Leone) through UMC Mission (payable to “UMC Mission”), Advance #3021929, 458 Ponce De Leon Ave, NE, Atlanta, GA 30308.

Offer Condolence for the family of Patricia Hand Todd