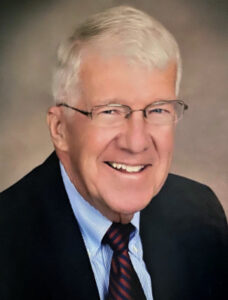 Yrigoyen was the author or editor of eleven books on John and Charles Wesley, Methodist history and theology, and the Mercersburg Theology. He penned articles in forty-four historical and theological encyclopedias, journals, and other publications. For twenty-four years he edited Methodist History, the denomination’s historical journal. He also edited a DVD series on Methodist history.

Travel was one of his delights. He visited all fifty states and thirty-six foreign countries.  Throughout his life family vacations in Ocean City, NJ, were highlights.

Chuck was honored by the clergy of his Annual Conference, who elected him eight times as an Eastern Pennsylvania delegate to the denomination’s General and Jurisdictional conferences. He was also selected to appear in Who’s Who in America and Who’s Who in Religion, and was a member of the Oxford (England) Institute of Methodist Theological Studies.

Among his avocations were model railroading and sports. He was an avid fan of the University of Pennsylvania athletics and Philadelphia’s professional sports teams. Chuck was a rail fan with special interest in the Reading and Pennsylvania railroads, and the trolleys of eastern Pennsylvania.

His viewing will be private for the family. A celebration of life will be held at First United Methodist Church, Lancaster, Duke and Walnut Streets on Saturday, May 14, 2022 at 4:00 PM. Visitation will proceed the service at 3:00 PM.  To view the service virtually, please click the following link: https://my.gather.app/remember/charles-yrigoyen

The family wishes to thank the staff on the second floor of The Glen for their compassionate care. In lieu of flowers, contributions can be sent to First United Methodist Church, 29 E. Walnut Street, Lancaster, PA 17602 in support of the mission project NarSarah Clinic and Children’s Village in Sierra Leone.