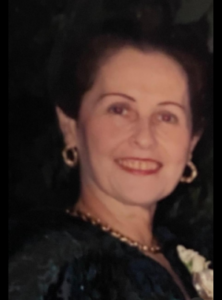 On the afternoon of Tuesday, October 18th Mary Schwartz Shearer was reunited in Heaven with her one true love. Devoted wife to Gordon S. Shearer far beyond his passing in 1996, beloved mother to Stephanie of Lancaster and Jennifer, wife of Matthew Luchko, York and treasured Meme and very best friend of grand-daughter Taylor Luchko also of York, she is also survived by her brother Robert and his wife Jean of Lancaster and sister-in-law Ann Schwartz of York, as well as a great number of nieces, nephews and friends who filled her heart with joy.

She was the youngest of six children born to Dr. Grover and Ethel Schwartz, April 16, 1938. Raised at 221 East King Street in Lancaster, above her father’s medical practice, she occasionally accompanied him as he made house calls to patients and very proudly carried his medical bag.

Mary graduated in 1956 from J.P. McCaskey Highschool and worked as an operator for Bell Telephone where she met her lifelong best friend, Blanche Smith who jokingly referred to them as “call” girls. In later years, Mary and Blanche enjoyed local concerts, Christmas Eve parties and traveling through New England with their husbands.

June 6th 1958 Mary exchanged wedding vows with her brother George’s best friend, Gordon Shearer at Bethany Presbyterian Church. Two years later, the day after her own father’s funeral, she gave birth to her first daughter Stephanie, and five years later their daughter Jennifer was born. Mary and Gordy built a house in Manheim Twp. turned it into a home filled with love and laughter. Friends and neighbors became family and were always welcomed.

Daughters grew, married and moved away and Mary and Gordy began attending auctions and collecting antiques. She also developed a love of jewelry and soon found herself working at the QVC store where she became quite knowledgeable on everything that sparkled.

In January 1996 the sparkle left her blue eyes upon the passing of her husband and it was absent until the birth of her only grandchild, Taylor. The love she held for Taylor was the most pure and powerful and she once described it as the feeling you get when falling in love for the very first time.

This past Spring Mary very much enjoyed attending her 66th J.P. McCaskey high school reunion and reminiscing with classmates who remembered her being named Halloween Queen in 1952. For the talent portion of the competition she sang. Mary loved to sing and for a period of time sang in the choir at Highland Presbyterian where her friend and neighbor Lionel Gum was the organist. When she wasn’t singing she was a voracious reader. She enjoyed a good crime fiction from the used book store but really loved Wednesday night dates to the public library with her daughter Stephanie.

Mary would check out two dozen hard backed books and read them all before returning in two weeks. The library staff loved her and always knew when she was in the house because the books sliding down the return chute sounded like they would never stop.

Being such a fan of reading also made her a formidable Scrabble opponent. Her family joked that she played for blood. Many Scrabble games were lost to Mary during family vacations at Sweetwood Hunting Camp in Center County, along with many games of cards. At home, every week day, Gordy would come home to have lunch with Mary who would have sandwiches and a deck of cards waiting.

Somewhere there exists a tablet with hundreds of tiny picket fences keeping score of the many lunchtime games of Spite and Malice they enjoyed so much. Mary’s family would like to extend heartfelt gratitude to her friends, Dana, Michael, Linda, Michelle and Tangerine at Neffsville Nursing and Rehab, and the kind and wonderful caregivers who also became her friends and were with her when we were unable to be, as well as the compassionate people from Compassus and Hospice of Lancaster County. Thank you to her neighbors for watching over her and her home.

Several Thanksgivings ago during a fun game of questions and answers at Jenny’s house, Mary thought it would be funny to answer every question with “life sucks and then you die”. Well life didn’t really suck at all and when she died, it was to be reborn.   A Memorial Service will take place at DeBord Snyder Funeral Home & Crematory, 141 East Orange Street , Lancaster , PA 17602 on Friday, October 28, 2022 at 11:00 AM with a time of visitation at 10:00 AM.