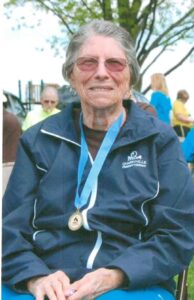 Emma was employed as a secretary for Armstrong World Industries for 38 1/2 years and was a member of Grace United Church of Christ, actively involved in her community she was involved with the Lancaster Recreation Commission, Happy Hearts, AARP, Grey Lady at LGH in the 1950’s and 60’s, and she received an award in 2013 for 25 years of active participation in the Senior Games.

Private graveside services are being held at Conestoga Memorial Park.

In lieu of flowers please consider a memorial donation in Emma’s memory to a charity of your choice.