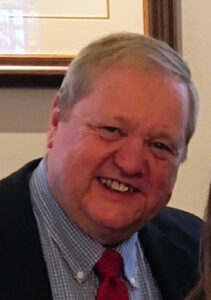 Don Edgar Griswold, 78, of Willow Street began his eternal life on Sunday, April 10, 2022. Born in Newton, Kansas, he was the son of the late May and Sherwin Griswold. He is the beloved husband of Anne with whom he was married for thirteen years.

Don graduated from Emporia State University and attended University of Kansas Medical Center, earning a PhD in Pharmacology. He then did postdoctoral work, teaching and doing cancer research, at Brown University. Don joined Smith, Kline & French in 1976. His publications centered on immunopharmacology. He had fourteen patents, published numerous scholarly reviews and received the Distinguished Research Fellow for his scientific work. Don loved research and hoped he bettered the world of science through his work. When asked about his most gratifying professional experience, he said the opportunity to share his research at the Pasteur Institute was near the top. He enjoyed the presentations of new research and the stimulus of ideas it provided. However, he shared that he was most satisfied when his ‘crew did well.’

After 40 years at what became GlaxoSmithKline, Don moved to become Director of Immunobiology at Centocor with Johnson & Johnson. He retired in 2008.

Throughout his lifetime, he was a member of the Appalachian Mountain Club. Among his many interests, Don loved gardening, fishing, astronomy, cooking and creating music with his guitar. After Don and Anne were married in 2009, they enjoyed traveling, creating memorable experiences with their children and grandchildren, spending time with their friends and loving life together.

Don was a member of First United Methodist Church (FUMC), Lancaster. He served as chair of the Scholarship Committee. Community service was important to him, and, prior to his illness, Don faithfully volunteered at the Lancaster County Food Hub (formerly the Lancaster County Council of Churches), the Lancaster Conservancy and Anchor Lancaster (formerly Anchorage Breakfast Program). He collected and created recipes for cast iron cooking, which he published for the benefit of Power Packs in Lancaster. When FUMC participated in the Lancaster Women’s Shelter ministry, he and Anne chaired the responsibility of organizing the volunteers for the shelter for three weeks. He would say serving at the shelter was one of the most fulfilling volunteer experiences he ever had.

Don was predeceased by his first loving wife, Karen Krehbiel, in 1999. Besides his wife, Anne, he is survived by his sons, Brian (husband of Maryann, Downingtown, PA) and Darren (Media, PA); Anne’s children, Abigail Butt (wife of Ryan, Lancaster, PA) and Rich Crandall (husband of Heather, Los Angeles, CA); and five grandchildren, Kevin and Holly Griswold, and Hannah, Dylan and Allison Butt. He has one brother, Dale Griswold (husband of Connie, Newton, KS) and one sister, Mary Ann Hankin (wife of Julius, McLean, VA).

Relatives and friends are invited to attend a Memorial Service at First United Methodist Church, 29 E. Walnut St, Lancaster, PA 17602 on Saturday, April 23, 2022 at 4:30 PM.  Friends may greet the family at the church from 3:30 PM until the time of the service.