You are here: Home / Obituaries / Norma B. Hopkins 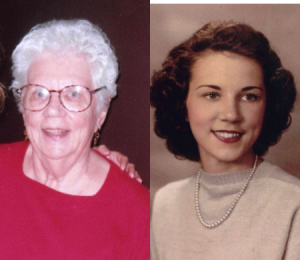 Norma B. Hopkins, 93, passed away on November 24, 2020 at Kadima Nursing after suffering a stroke. She was born in Quarryville to the late Robert J. and Elsie Fox Lincoln.

Norma attended McCaskey High School but left before graduating to work at RCA during WWII.

She met the love of her life, James “Jim” Hopkins at the old Fullers Confectionary. He called her Norma “Bee” and said she stung him. They were married in 1948 and raised four children: Peggy Caterbone (Vinnie), Geri Shuffelbottom (Tom), Robert Hopkins (Barbara), and James Hopkins, Jr. (Liz).

She was a fun and loving MomMom to her 9 grandchildren, whom she called “Her Nine:” Kim Thomas, Kathy Baugus, Tom Shuffelbottom, Lisa Caterbone, Michelle DeLeo, Nina Ondeck, Robert Hopkins II, Matthew Hopkins, and Brigette Chavez, along with 16 great-grandchildren.

Norma and Jim were married for 49 ½ years- almost made it to the big 50 when Jim died in 1997. After Jim passed away, she got her driver’s license and a part time job at Yale Electric.

She loved her family photos and if you visited her, she would show you pictures!

Norma is survived by her sister; Dorothea Heslop of Bridgeville, PA and was preceded in death by her sisters; Jean Fritz, Doris Mooney, and a brother; John V. “Bud” Lincoln.

As per Norma’s wishes, services will be private at the convenience of the family.

Offer Condolence for the family of Norma B. Hopkins