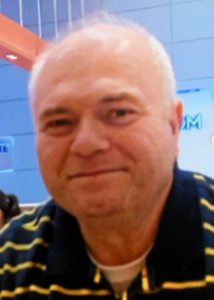 Nicolae (Nick) Stefanescu, 70, of Bird-in-Hand, Pennsylvania, passed away peacefully at Hospice and Community Care in Mount Joy on November 14, 2021 surrounded by family. He was the loving husband of Sanda (Nicula). They were married for 47 years.

Nick was born in Bucharest, Romania on July 20, 1951 to Gheorghe and Dumitra Stefanescu. He married Sanda on December 7, 1974 . He worked as a mechanical engineer until he immigrated to the United States with his wife and two sons in 1990, settling in Lancaster. He worked as a cook for Miller’s Smorgasbord for 24 years.  He enjoyed spending time with his kids and grandkids, fishing, and watching movies.

Funeral Arrangements are under the direction of DeBord Snyder Funeral Home, 141 E. Orange Street, Lancaster, where a funeral service will be held on Thursday, November 18 at 11:00 a.m. with a visitation beginning at 10:00 a.m. Burial will follow at Mellinger Mennonite Cemetery. Condolences may be offered on their website: www.DeBordSnyder.com.

Offer Condolence for the family of Nicolae Stefanescu