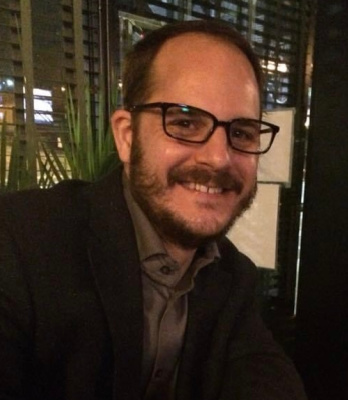 Nicholas Ryan Baeth, age 43, passed away on December 11, 2021 at home in Lancaster, PA, following a brief but courageous and fearless fight with an aggressive stage IV pancreatic cancer.

Born in Libby, MT, on February 24, 1978, Nicholas spent his childhood in the picturesque Kootenai River valley picking huckleberries, hiking, creek ice-skating, playing cards, and held a part-time summer job capturing slugs for his grandparents. At age 13, he moved with his family to Washington state, ending up in Federal Way attending Lakota Junior and then Decatur High Schools. It was there he discovered his love of music, playing trombone in the school’s concert and jazz bands, of mathematics, and of Katherine “Katie” Peloza.

At Pacific Lutheran University, he continued playing the trombone, studying mathematics, and dating Katie Peloza. In case you haven’t noticed, there’s a theme. He graduated in 2000 with a double major in mathematics and computer science, but the best part of that summer was getting married to “his girl,” the Anne to his Gilbert, Katie. They were perfect for each other, and nobody in their right mind could deny it.

Nick and Katie followed their own eastward expansion to Lincoln, NE, attending the University of Nebraska- Lincoln for graduate studies (earning his PhD in 2005) and to Lee’s Summit, MO,  where Dr. Nick would work to become a full professor of mathematics at the University of Central Missouri. In 2015 their family became complete with the birth of George Henry William Baeth. The pursuit of happiness brought the family to Lancaster, PA, in 2018 when Nick accepted a tenure track position at Franklin & Marshall College. To have found a professional home with colleagues and students that shared his passion for the beauty of learning brought Nick immense joy and in his final weeks, strength.

Nick truly believed in the beauty of mathematics but was always interested in so much more… music, history, traveling the world, rock climbing, curling, cooking, disc golfing, running, biking, hiking, brewing beers, meads and ciders, and was a true coffee snob and fanatic. Most of all he loved weekends making waffles with George before heading off on some great family adventure.

When Nicholas was finally diagnosed with pancreaticobiliary as the primary cancer in early November, he fought the dragon with all his might. His determination, sense of humor, kindness, and prowess at card games stayed with him until the end.

Nick will always be remembered and missed by his wife and best friend, Katie and son George of Lancaster, PA, parents Randall and Dixie (Maiden) Baeth of Federal Way, WA, brother Joshua (Bridget) Baeth and niece Ruari of Tacoma, WA, aunts, uncles, cousins, precious friends, thousands of students and colleagues from around the world.

The ultimate answer to life, the universe, and everything is 42. Nicholas Ryan Baeth, fantastic husband, father, son, brother and human passed away at age 43. He was simply 1 better.  An in-person and streaming celebration of life will be held at Franklin & Marshall College later this spring. In lieu of flowers a GoFundMe site has been created by friends and neighbors for Katie and George.  https://gofund.me/8a95209e

Offer Condolence for the family of Nicholas Ryan Baeth