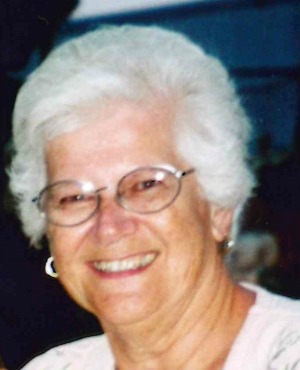 Nancy Lee Oberholtzer, age 86, of Fickes House Homestead Village, passed from this life and went on to glory Tuesday, July 24, 2018.

Nancy was born on May 3, 1932 in Harrisburg, PA to Frank and Ruth (Stouffer) Henne. Her family moved to East Hempfield, Lancaster and she grew up living on her 90-acre family farm on Centerville Road. She graduated from East Hempfield High School where she played field hockey and basketball in 1950.

Nancy married the late Wilmer S. Oberholtzer in August 1955. They were the proud parents of three children and shared their faith and life experiences to encourage independence, consideration of others and achieving happiness as their measures of success.

Nancy was employed by Hamilton Watch and Armstrong World Industries before starting her family. She started her employment at Lampeter Strasburg School District in 1966 and enjoyed several secretarial positions at Martin Meylin Middle School until her retirement in 1986.

Throughout her life, Nancy served her community in many ways, including singing in the choir and teaching Sunday School at Ross Street United Methodist Church; recording books for the blind and knitting prayer shawls for nursing home residents. In retirement she enjoyed being a member of the Overlook Ladies 9 Hole group and traveling to many of the National Parks.

She is survived by a sister Ruth Greenawalt of Mountville, PA; a son Robert Oberholtzer (Maureen) of Monroe Township, NJ; a daughter Ruthanne Ferguson (Bill) of Springfield, PA; a son, David Oberholtzer (Heidi) of Mount Joy, PA; four grandchildren and 2 great-grandchildren. She is preceded in death by her parents; brothers Frank S. and Harvey Henne; and a sister, Esther Henne.

The interment will be private with family. In lieu of flowers, donations may be made to Homestead Village Memorial Fund, 1800 Village Circle, Lancaster, PA 17603.

Offer Condolence for the family of Nancy Lee Oberholtzer