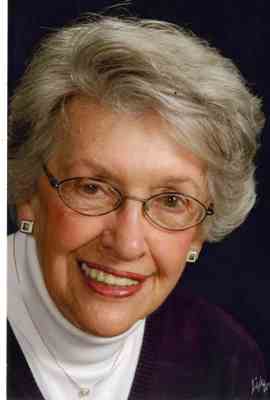 She was the wife of the late Paul W. Kilp who died in 2011. Born in York, she was the daughter of the late Ralph Wolfe and Martha Stover Wolfe.

Nancy was a 1944 graduate of William Penn High School in York and then attended Traphagen School of Fashion in New York City. She was employed for many years in the office of Stemgas Publishing in Lancaster.

Nancy was known as a talented seamstress and often made clothing for herself and her daughters. She enjoyed needlework and crafts and for nearly 50 years was a member of a group of crafters in Millersville. She created a warm and welcoming home for her family. Spending time with her children, grandchildren and great-grandson was a source of great joy. She had close relationships with all her siblings and they kept in touch and got together regularly.

Nancy had been an active member of Hamilton Park United Church of Christ for many years. The church was an integral part of her life and the family would like to thank the members of the church for their friendship. Special thanks also to Grane Hospice and Country Meadows for the compassion and care they provided to Nancy over the last weeks of her life.

Surviving are two daughters, Melissa, wife of Robert Ellison of Jarrettsville, MD and Julia Klarquist of York; two grandchildren, Thomas Ellison, married to Aubrey and Caroline Ellison and her fiancé, Mark Parks; a great grandson Teddy Ellison and a baby boy to be born in May. Also surviving are a sister, Joann Cotton of York and two brothers, Ralph Wolfe, married to Joan of York, and Thomas Wolfe of Lancaster.

A Memorial Service will be held on Friday, January 22, 2016 at 11:00 A.M. at the Hamilton Park United Church of Christ, 1210 Maple Avenue, Lancaster, PA with the Rev. Catherine M. Shiley officiating.  Friends may greet the family following the service.  Interment will be private and held at the convenience of the family in the Memorial Gardens at Hamilton Park Church. In lieu of flowers, contributions in her memory may be made to Hamilton Park United Church of Christ, 1210 Maple Ave., Lancaster, PA  17603.

Offer Condolence for the family of Nancy L. Kilp