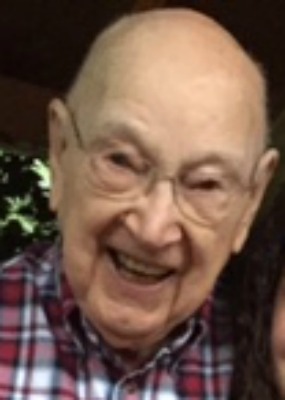 Harold Y. Fulmer age 99 passed on in faith to be with the Lord on Friday August 12, 2016 at Arbor View. Born in Spring Mount PA he was the husband of the late Jean Francis (Koons) Fulmer. He is survived by his daughter Betsy DeLisle, his grandchildren Nathan Schmid and Lauren Schmid and five grandchildren. Harold was a member of Saint James Episcopal Church in Evansburg for 30 years where he served as head usher for 20 years , he also served on the vestry and taught Sunday school. Upon retiring and moving to Willow Valley in 1984 he and Jean became members of Holy  Trinity Lutheran Church . Harold served in the Army during WWII and was awarded the WWII Victory Medal. He retired from Tube Methods in 1982 after 25   years as production control manager. While at Willow Valley Harold was the volunteer postmaster and named PANPHA’s Volunteer of the Year in 2008. Private Burial will be held at Limerick Garden of Memories, Limerick PA. A celebration of Harolds life will be held at the Orr Auditorium at Willow Valley Manor on Friday, August 19, 2016 at 11:30 a.m.

Offer Condolence for the family of Mr. Harold Y. Fulmer