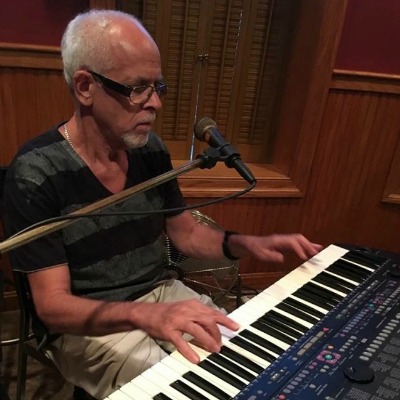 They call it stormy Monday, but Tuesday’s just as bad
Wednesday’s worse, and Thursday’s also sad

Son, brother, father, musician, friend of many, armchair philosopher, kind soul and animal lover (especially his 2 cats) are how we will remember Morrie.

Morrie was best known as a vocalist & keyboardist at open mic nights and in a few bands over the years, most notably Jocomo. He also served in the U.S. Navy, stationed in Hawaii.

He is survived by his mother, Ruth Roseman of Lancaster, brother, Elliot Roseman, spouse of Tom Taylor, Ft. Lauderdale, and daughter, Misty Bencak, wife of Ryan, Lancaster. He was predeceased by his father, Leonard Roseman.

There will be no service. Please remember him in your own special way.

May he Rest in Peace & Love.

Offer Condolence for the family of Morrie Roseman