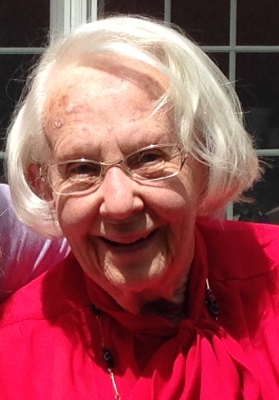 She was the wife of the late Alfred C. Hansen who died in 2005.  Born in New York, NY she was the daughter of the late Thorvald and Esther Carlson Nordskog.

Mildred had worked for the Bryn Mawr Title Insurance Co.  She was a member of the West Willow United Methodist Church.

Surviving is a son, Rev. Richard A. Hansen of Albuquerque, NM; a daughter, Linda wife of Dr. Dan Schmierer of Daytona Beach, FL; three grandchildren; and a sister, Ethel Merry of Melbourne, FL.

Services and interment will be private and held at the convenience of the family.

Offer Condolence for the family of Mildred N. Hansen