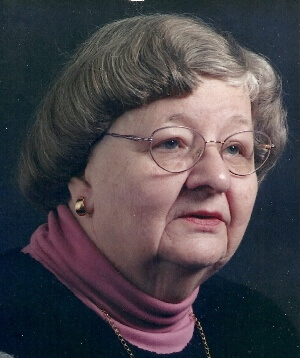 Mildred M. “Millie” Geiter, Theorem Painter, 94 of Lancaster, and formerly of Manheim, went to be with the Lord on January 23, 2016 at the Mennonite Home, Lancaster.  She was the wife of the late Edward F. Geiter, Jr. who passed way December, 2004.  Born in Manheim Township, she was the daughter of the late Anna M. and George E. Rankin.

She had been employed by Hamilton Watch Company, former Bureau of Navy Inspection, and Schick Electric.  She was a theorem painter since 1975.  She also demonstrated and taught theorem painting.  She attended many craft shows as a juried member of the Lancaster Designer Craftsman in both theorem and copper enameling.  She was also juried member of the Pennsylvania Guild of Craftsmen.  She had been an active member of Grace Evangelical Congregational Church of East Petersburg where she served many years as Church Board Secretary and Missionary Fellowship President.  She was also a member of the East Petersburg Area AARP.  She enjoyed crafts, reading and crocheted many prayer shawls for her daughter’s church.

She is survived by a daughter, Kathy, wife of Henry Hershey, Lititz.  She will also be missed by the extended family.

Relatives and friends are respectfully invited to attend a Memorial Service at Salem Lutheran Church of Kissel Hill, 26 Owl Hill Rd, Lititz, PA 17543, on Saturday, January 30, 2016 at 2:00 PM.  Friends may greet the family following the service

Interment will be private at the convenience of the family.

In lieu of flowers, memorial contributions in Millie’s memory may be made to the Mennonite Home Benevolent Fund, 1520 Harrisburg Pike, Lancaster, PA 17601.  To leave a online condolence for the family please visit: www.DeBordSnyder.com

Offer Condolence for the family of Mildred M. “Millie” Geiter