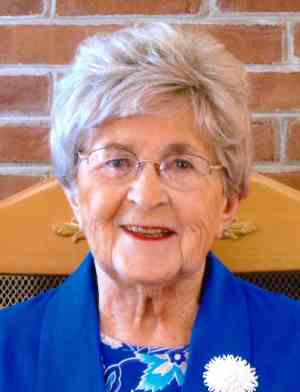 Mildred M. Harnish, 93, a resident of Landis Homes, died peacefully from complications of Parkinson’s Disease, on Saturday, November 14, 2015 while surrounded by her family.

She had been married 59 years to the late Clayton K. Harnish who died in 2001.  Born in Pequea Township, she was the daughter of the late Jacob K. and Fanny Mellinger Sangrey.

Mildred had worked in food service most of her life and had been employed by the Lancaster Osteopathic Hospital, Franklin & Marshall College and the Manheim Auto Auction.  She was a member of the Willow Street Mennonite Church and for many years had been active in the sewing circle.  Mildred could often be found volunteering at the Re-Uzit Shop in Columbia.  She enjoyed gardening, cooking, and spending time at the shore but her greatest enjoyment in life was to be in the company of her family.

The family wishes to acknowledge Dr. Robert Shultz and the staff at Landis Homes for their excellent and compassionate care given to their mother.

A Funeral Service will be held on Wednesday, November 18, at 2:00 P.M. at the Willow Street Mennonite Church, 399 East Penn Grant Road, Willow Street, PA with the Rev. Robert Breneman and the Rev. Jim Leaman officiating.  Friends may call at the church on Wednesday from 1:00 P.M. until the time of the service.  Interment in the adjoining church cemetery.  In lieu of flowers, contributions in Mrs. Harnish’s memory may be made to the Willow Street Mennonite Church, 399 E. Penn Grant Road, Willow Street, PA  17584 or to the Re-Uzit Shop, 363 Locust Street, Columbia, PA 17512.

Offer Condolence for the family of Mildred M. Harnish