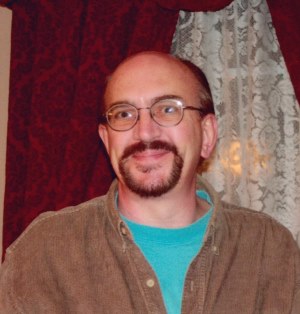 Michael D. Kulp, 56, of Lancaster, passed away on Tuesday, March 15, 2016 at his residence following a lengthy illness.

Born in Lancaster, he was the son of Earl and Marlene (Smith) Kulp.

Michael spent much of his career as a painter and used his artistic talents in many aspects of his life.

He attended LCBC where he served as a door greeter.

In his spare time, he enjoyed attending Broadway plays in NYC, working outside in his yard, being with his pets, listening to music, everything having to do with art and spending time with his family.

In addition to his parents he is survived by a brother, Patrick Kulp and a sister Rosanne Ruhl (wife of James), and multiple nieces and nephews.

Relatives and friends are respectfully invited to attend a Memorial Service at LCBC Church (please enter the church using the plaza entrance), 2392 Mount Joy Rd, Manheim, PA 17545 on Wednesday, March 23, 2016 at 11:00 AM.  Friends may greet the family from 10:00 AM until the time of the service.  In lieu of flowers, contributions in his memory may be made to Charles Stanley, In Touch Ministries, PO Box 7900, Atlanta, GA 30357.

Offer Condolence for the family of Michael D. Kulp