You are here: Home / Obituaries / Michael A. Roda 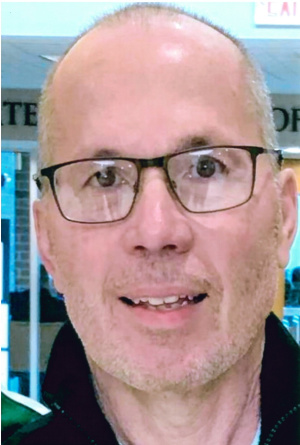 On August 23rd, 2021, Mike peacefully left this earth to be reunited with his heavenly father after bravely battling early onset dementia for 11 years.

He was a devout member of Holy Trinity Catholic Church where he faithfully served as a Eucharistic Minister and also volunteered.  Mike was also a member of the Knights of Columbus.

Mike was an avid bike rider and loved painting.  Mike’s favorite thing to do was spending time with his grandchildren, rolling around on the ground and making them laugh by being the goofball that he was.  In his spare time, you’d catch him watching reruns of the Three Stooges and King of Queens.

Mike’s love for Notre Dame football was always apparent and he enjoyed many tailgate parties with family, as well as traveling to South Bend a few times to watch a game in person.

As a father to his children when they were younger, he was always active and present in their lives and coached his two son’s baseball teams.  Mike was the epitome of what a father and husband should be, so he will be sorely missed by all of us.

We would like to extend a special THANK YOU to his caregiver, Carmen, who cared for and loved Mike like he was her own family.  He always lit up when he heard her voice.

To quote his favorite song and to summarize the way in which he exemplified what a faith-based life looks like, “Don’t stop believing – hold on to that feeling.”

Relatives and friends are invited to attend a Memorial Mass at Holy Trinity Catholic Church, 409 Cherry St, Columbia, PA 17512 on Saturday, August 28, 2021 at 11:00 AM.  A visitation will be held at the church from 10:00 AM until the time of the service.  Interment will follow in the church cemetery.  In lieu of flowers, contributions in Mike’s memory may be made to:  Holy Trinity Catholic Church at the address listed above.

Offer Condolence for the family of Michael A. Roda