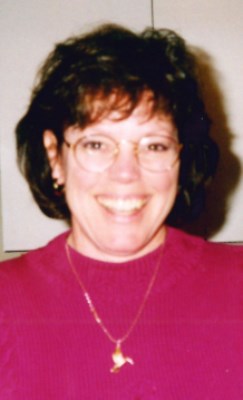 Born in Lancaster, she was the daughter of the late Charles and Muriel Parmer Dorsey.  She was the longtime companion of Robert F. McLagan.

Prior to her illness she had worked for many years for Dr. Larry Bell.  Melanie was a graduate of Lampeter-Strasburg High School and a member of Highland Presbyterian Church.  She enjoyed gardening, motorcycling, baking cooking and decoupage.

Surviving besides her companion is a son, Peter C. Buch of Harrisburg; a daughter, Jessica L. Buch of Lancaster; three grandchildren, Madison T., Sydney T. and Chase A. Buch; four brothers, Mike husband of Judy Dorsey, William husband of Brenda Dorsey, John husband of Heather Dorsey, Matt husband of Michelle Dorsey; a sister, Allison wife of Michael Mallin; and a sister-in-law Angie Dorsey.  She was preceded in death by a brother Eric Dorsey.  She will be greatly missed by her niece and nephew Bryan and Danita Dorsey (son and daughter of Eric and Angie) and by Robert’s grandchildren, Taylor, Josh, and Lauren.

A Memorial Service will be held on Friday, September 23, 2016 at 4:00 P.M. at the DeBord Snyder Funeral Home, 2024 Marietta Ave., Lancaster, PA with the Rev. Dr. Ann Osborne officiating. Friends may call at the funeral home on Friday from 3:00 P.M. until the time of the service.  In lieu of flowers, contributions in Melanie’s memory may be made to the Lancaster County Conservancy, 117 South West End Avenue, Lancaster, PA  17603.

Offer Condolence for the family of Melanie L. Buch