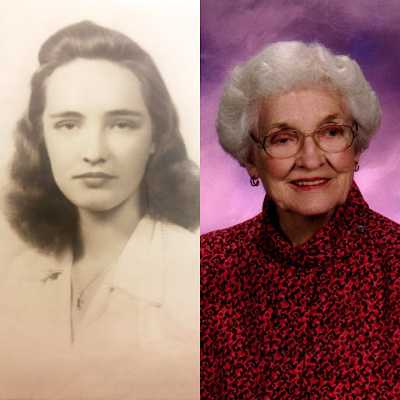 Mary C. Moore, age 97, of Lititz, formerly of Lancaster and Newport Pa passed away peacefully on February 13 with family at her bedside.

Born March 21 in Harrisburg, PA she was the daughter of Lewis Edward Cox and Olive Clementine (Dimm) Cox.  Following the death of her mother she was raised in Newport by her step-mother Mildred (Burd) Cox.

During World War II she worked in Washington D.C for the Navy helping to develop and improve projectile fusing technology and afterwards she taught High School math in the Swatara, Greenwood and Newport school districts where she also coached girls basketball and softball.

She was married to Robert M. Moore of New Bloomfield in 1950 for 44 years until his passing in 1994.  Together they operated movie theaters in Duncannon and Newport until moving their family to Lancaster in 1960.

She served her community as a Girl Scout leader and volunteering with the Humane League and Meals on Wheels.  She was a member of Holy Trinity Lutheran Church, Lancaster and a former member of the Lancaster Country Club.  She was an avid bridge player, enjoyed gardening and had a strong love of family and the numerous family pets throughout the years.

Her only brother, Robert, was killed during World War II.    She is survived by three children: Robert husband of Katrina of Jacobus and his children Ian and Austin, Christina Rosen wife of Nathan of Weston CT and their children Danielle, Simon and Gabriel, Edward husband of Jean of Lancaster and their children Justin and Jessie and one great grandchild Wally, son of Justin.

A memorial service will be held on Saturday March 7 at 10:00 AM at Trinity Lutheran Church, 31 S. Duke St, Lancaster.  Following the service the family will visit with friends at the parish house followed by interment services at the Newport cemetery.

Offer Condolence for the family of Mary C. Moore