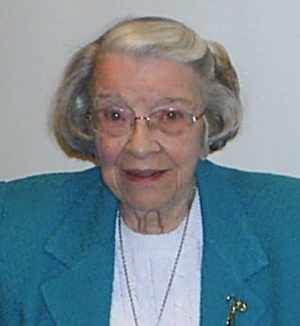 Mary C. Kurian, 103, of Lancaster, passed away on Saturday, December 29, 2018 at Homestead Village. She was the daughter of the late Ralph and Laura Berger Coldren.

She was a 1936 graduate of the Lancaster General Hospital Nursing School, completed the Obstetrical Nursing program at Magee Hospital in Pittsburgh in 1937, and the Nurse Anesthetist program at Mount Carmel Mercy Hospital in Detroit in 1942.  She eventually retired from LGH in 1980.

A former member of the Iris Club and Embroider’s Guild, Mary also enjoyed the game of bridge, cross stitching, embroidery, jigsaw puzzles, and reading. She was recognized in the summer 2018 edition of “InPractice,” the Pennsylvania College of Health Sciences Magazine.

A memorial service for Mary will be held at a later date at Homestead Village. In lieu of flowers, memorial contributions may be made to the Lancaster Public Library, 125 N Duke St, Lancaster, PA 17602.

Offer Condolence for the family of Mary C. Kurian