You are here: Home / Obituaries / Martin A. Marcus, Jr. 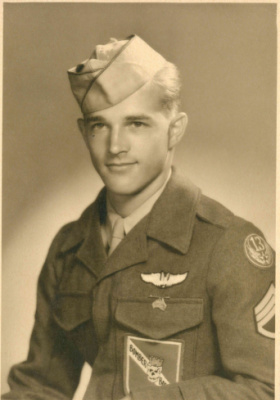 Martin A Marcus, Jr. of Wilmington, DE, age 95, passed away October 20, 2021. Mr. Marcus was born in Philadelphia, PA, graduated from Northeast High School, and served in the 13th Army Air Corp during WWII. Mr. Marcus flew 44 combat missions as a tail-gunner in a B-24 bomber. He also served four years in the US Naval Reserve at Willow Grove, PA air station. After his service in the Air Corp, he earned a B.S. in Business Administration from Temple University in 1951. Mr. Marcus retired from the DuPont company in 1985 after 34 years of service.

Upon moving to Lancaster in 2001, he became a member of Grace Baptist Church of Lancaster, PA. He enjoyed many years of worshipping there and served many years as finance chairman.

As a member of Bethel Baptist Church in Wilmington, DE he served as an Elder, Deacon, Treasurer, Finance Chairman, Fund Raising Chairman, Sunday school teacher, and many other roles and committees.

Funeral services will be held on Saturday, October 30, 2021 at 11am at Grace Church of Willow Valley, 300 Willow Valley Square, Lancaster, PA 17602. For those unable to attend, the service will be available via livestream at: https://boxcast.tv/view/martin-marcus-memorial-service-633745 Burial will be private at the First Baptist Church of Pedricktown, NJ.

In lieu of flowers, contributions can be made to Water Street Mission, 210 South Prince Street, Lancaster, PA. https://wsm.org.

Offer Condolence for the family of Martin A. Marcus, Jr.