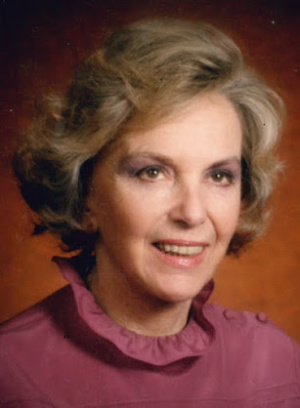 Born in Cleveland, Ohio on January 1, 1924, Meg was the daughter of William and Rose (Fuerst) Greene. Her musical talents were apparent at an early age. She performed recitals and participated in the Cleveland Heights High School marching band before winning a scholarship to study music at Pembroke College at Brown University. She graduated in 1944.

Meg first moved to Lancaster, Pennsylvania, after marrying Craig W. Moodie, Jr. in 1945. She devoted herself to raising her three children and caring for a succession of pets including dogs, cats, goats, ducks, birds, and a horse- even while continuing her music career and pursuing an array of interests ranging from golf and tennis to gardening, entertaining, and traveling. Apart from her children and her music, sailing was one of her most- enjoyed activities. She relished family cruises on sailboats on Chesapeake Bay, Long Island Sound, Nantucket Sound, and the Caribbean. She also found the time to join the Junior League and work for the American Heart Association.

Family vacations on Cape Cod, where Meg’s mother had a thriving yarn-shop/ guest house business, instilled in her a Wyeth- like Pennsylvania/ New England love affair. Meg was drawn to live on Cape Cod in 1970. She immersed herself in her work as an administrative assistant to the principal of Cape Cod Technical High School and as a real estate agent while continuing to perform and teach piano, primarily at the Cape Cod Conservatory of Music. Sailing a Beetle Cat on Pleasant Bay and beachcombing and swimming, especially in the aquamarine shallows of Skaket Beach she dubbed “the Caribbean,” flooded her with joy.

Meg eventually gravitated back to Lancaster. She renewed an acquaintance with James Hazeltine, Jr., and they soon married, sharing a love of sailing and music. Meg became an adept performer on the harp. She volunteered in the literacy programs at Lafayette Elementary School and the Manor Middle School, served on the board of the Women’s Symphony Association, helped found the Pennsylvania Academy of Music, taught piano at Carter & MacRae Elementary, and gave recitals on piano and harp at Willow Valley. One of the capstones of her later career was a concert for four-hand piano that she performed with Anna Culling for a capacity audience in the 500- seat auditorium at the Willow Valley Cultural Center.

She often expressed her sense of great fortune to share her zest for life with Jim Hazeltine, who died in 2007, and with Henry “Hank” Wolfe, whom she met at Willow Valley.

The family would like to acknowledge the love and care the staff at Willow Valley gave to their mother. In lieu of flowers, please make donations to the Willow Valley Team Member Appreciation Fund. Checks may be made payable to TEAM and sent directly to PNC Bank at Willow Valley North, 600 Willow Valley Square, Lancaster, PA 17602.

A celebration of Meg’s life will be held Saturday, March 7, 2020 at 11:00 AM in the Johnson Auditorium at Willow Valley Manor North at the address listed above.

Offer Condolence for the family of Marjorie (Meg) Hazeltine-Wolfe