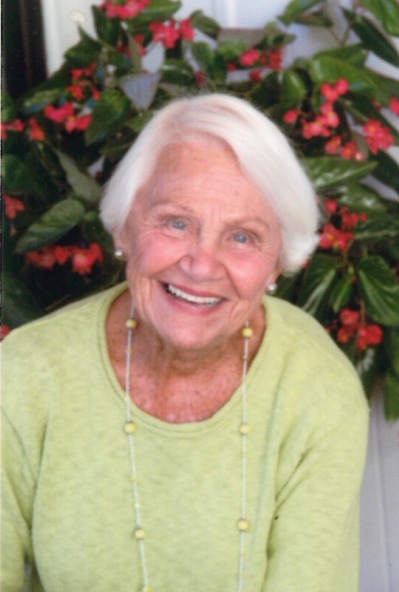 Marie H. Eshelman, 94, died peacefully on Saturday, September 11, 2021 surrounded by her family while under the care of Hospice of Lancaster County. Born in Lancaster, she was the daughter of Violet K. and William E. Huber. Marie was married for fifty-nine years to the late John W. Eshelman, who passed away on June 21, 2009. She was the sister of her late beloved brother William C. Huber, who was married to the late Ann E. Huber Gordon.
Cisi graduated from J. P. McCaskey class of 1945 and was a cheerleader for the Red Tornado. She continued her education graduating from The Berte Fashion Studio in Philadelphia, honing skills that were invaluable throughout her life.
Cisi and John were the 4th family to move to Old Town Lancaster and enjoyed years of happiness with lifetime friends and the diversity of downtown. She had a passion for family, friends, the arts, gardening, tennis, and volunteering pursuits. She was an active member of the Junior League of Lancaster, the Lancaster Country Club, the Rockford Foundation, and was a docent for the James Buchanan foundation for the preservation of Wheatland. An avid supporter of the Demuth Foundation including the Annual Demuth Garden Tour and plant sale held at the Conestoga House, her focus was in giving back to the community that gave her so much.
Later, Cisi and John moved to Valleybrook Estates. Where she participated in the “Aqua Belles and Guys” water aerobics group moving to her favorite song “Summer Winds” by her favorite crooner, Frank Sinatra. Cisi cherished socializing with friends and family and after such gatherings she would say with a wave and smile, “I’ll see you tomorrow.” Cisi was known by many and loved by all.
Cisi is survived by her four daughters and one son: Susan H. Eshelman, wife of Michael S. Clark of Lancaster, Anne M. Eshelman, companion of the late Lin Hanks of Lancaster, a son, John W. Eshelman, husband of Deborah of Lancaster, Ruth H. Eshelman of Louisville, KY and Jane L. Baker, wife of James, of Advance, NC, Grandchildren: Cara E. Shaul, wife of  Matthew of Louisville, KY,  Will P. Thomas of Louisville, KY, Kyle P. Baker, companion of Shelby A. Taylor of Brooklyn, NY and Drew F. Baker of Charlotte, NC. Her adoring Cousin, Joan, wife of the late John “Jack” Mahan of Bel Air, MD and many nieces and nephews also survive her.
The family would like to express their sincere gratitude to the staff of Hospice of Lancaster for providing compassionate care during these last several months. A private memorial service will be held at the convenience of the family. In lieu of flowers, contributions may be made to Hospice of Lancaster County or the Demuth Foundation.

Offer Condolence for the family of Marie (Cisi) Huber Eshelman