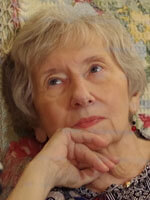 Marianne Z. Bracken, 79, of Lancaster, passed away on April 7, 2017 at Woodcrest Villa.  She was the loving wife of Arthur C. Bracken.  Born in Lancaster, PA on February 26, 1938, she was the daughter of the late Paul and Gertrude (Ebersole) Zimmerman.

Marianne graduated from J.P. McCaskey High School in 1956 then from the Lancaster School of Nursing in 1958. She spent her career in various fields which included working for Tank Truck Rental, Little People Daycare; a nursey school teacher at Grace Lutheran Church and a partner in Bracken’s Shoe Repair.  She was also a devoted homemaker dedicating herself to her family.

A charter member of Westminster Presbyterian Church for the past 49 years, Marianne taught Sunday school, bible school teacher, was a deaconess and a library volunteer.

In her spare time she enjoyed reading and watching Philadelphia Phillies baseball games.  In addition to her husband Arthur, she is survived by two daughters, Sharon Heinaman of Bound Brook, NJ and Kathy Derliunas of Shiremanstown, PA; grandchildren, Rachel, Kara, Jessie, Ethan, Faith and Seth. Also surviving is a brother, Charles Zimmerman. She was predeceased by a sister, Grace Fissel.

Relatives and friends are invited to attend a Memorial Service at Westminster Presbyterian Church, 2151 Oregon Pike, Lancaster, PA 17601 on Saturday, April 22, 2017 at 11:00 AM. A visitation will take place before the service from 10am-11am. Interment will be private in the Westminster Presbyterian Memorial Gardens. In lieu of flowers, contributions in Marianne’s memory may be made to the Woodcrest Villa Benevolent fund, 2001 Harrisburg Pike, Lancaster, PA 17601.

Offer Condolence for the family of Marianne Z. Bracken